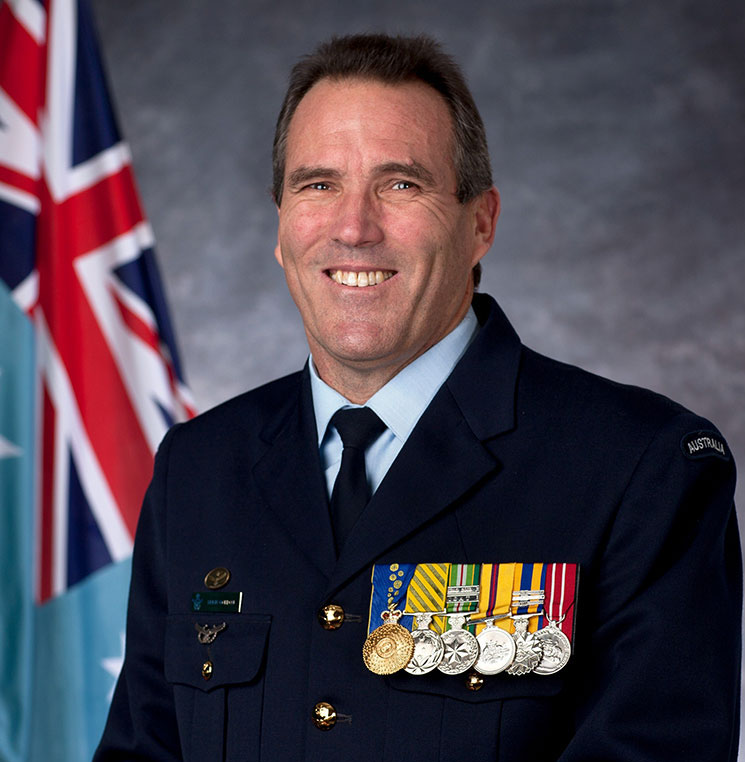 Leigh completed his schooling at Parkes High School, and commenced an engineering degree at Goobang Shire Council before joining the Royal Australian Air Force. He graduated from the Engineer Cadet Squadron in 1985 with a degree in aeronautical engineering from the Royal Melbourne Institute of Technology. Highlights of his career include a posting as Senior Engineering Officer at 25 (City of Perth) Squadron, and a posting as Project Manager of the Lead-in Fighter Project that replaced the Macchi jet trainer with the Hawk 127.

Leigh will address Parkes High School students in years 10, 11 and 12 today at 2pm. Parkes RSL Sub-Branch Secretary, Paul Thomas encouraged residents and visitors to attend, but said those who were unable to could participate by standing at the end of their driveways on Sunday and observe a minute silence.

“Anzac Day is an opportunity to remember all Australians who have served and particularly those who have given their lives for our country,” said Parkes Shire Mayor, Cr Ken Keith OAM. “It is also a chance to commemorate the Anzac spirit, which encompasses the qualities of courage, mate-ship, and sacrifice. These qualities form a strong part of the Australian identity and continue to be a source of national pride.”

Peak Hill: Dawn Service 5am at AIF Hall; March Fall In 10.30am. Commemorative Service 11am at Services and Citizens Club.

Bogan Gate: Dawn Service & Commemoration of Names 6am at Memorial Park; Following the service, a free breakfast will be served at Memorial Hall. The full Parkes Shire 2021 Anzac Day Programme is available on Council’s website www.parkes.nsw.gov.au.