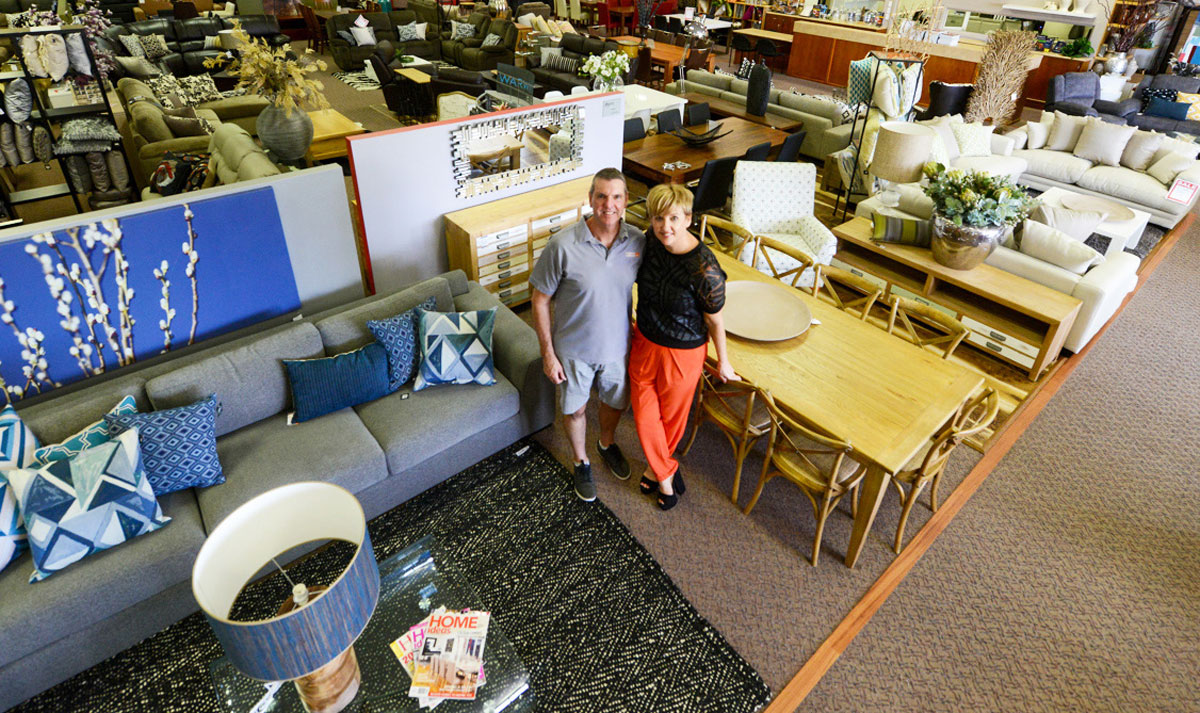 Furniture One has been in Parkes for 55 years, but owners John and Karen Creith will be starting a new chapter in their lives soon and have decided to close down the store. A massive celebration/closing down sale starts today with 25% -75% off storewide.

It’s been part of the Parkes business landscape for 55 years, but Furniture One’s owners Johan and Karen Creith have decided it’s time to retire and close down the store.

A massive celebration/closing down sale starts today with 25% -75% off storewide. All rugs, giftware, cushions and artworks are 50% off, while a power recliner is selling for as little as $599! “We will stay open until the stock has been sold, but our aim is to hopefully wrap it up by Easter,” said Karen.

“The sale is also our way of saying thank you to the public for their support and patronage of our second-generation business over the last 55 years. We want them to know that we will miss all our customers but are very excited for the next chapter in our lives.”

Karen said she would love for people to come to the sale not only to perhaps buy something, but also to reminisce and say goodbye.

Furniture One was started by John’s parents, Jim and Inez Creith in the bottleshop of the Parkes Cambridge Hotel in August 1966.

As the business grew it moved to 141 Clarinda Street in 1968. In 1976 the property was modernised and renovated and operated from this location for well over 38 years until its last move to its final home in Saleyards Road.

Jim’s sons John and Peter took over the reins of the family business during the 1990s with Peter only leaving the business six years ago. This left John and Karen at the helm.

John, Karen and Peter were instrumental in building the current home of Parkes Furniture One over 17 years ago with its grand opening sale launched on the 9th of July 2005.

This modern store has been regarded as the flagship store of the Furniture One buying group due to its impressive displays and merchandising of products done by Karen as the instore stylist.

The store has employed many people over the years from Jim’s mother, Maggie as the original bookkeeper to eventually handing the role over to her other son John, to Leigh Somers working in admin and eventually Jim’s two sons, John and Peter taking over as managers.

Lots of employees have remained as dear family friends while many young nephews spent time in the delivery truck during school holidays. John and Karen’s children played many roles from childhood radio stars doing ads for the fee of a lunchtime treat at KFC to Jack featuring on TV commercials.

“We have been blessed to have had the opportunity to have such a long lasting and positive relationship with the community and have developed such special relationships with many of our customers whom we now consider more as friends,” said Karen.