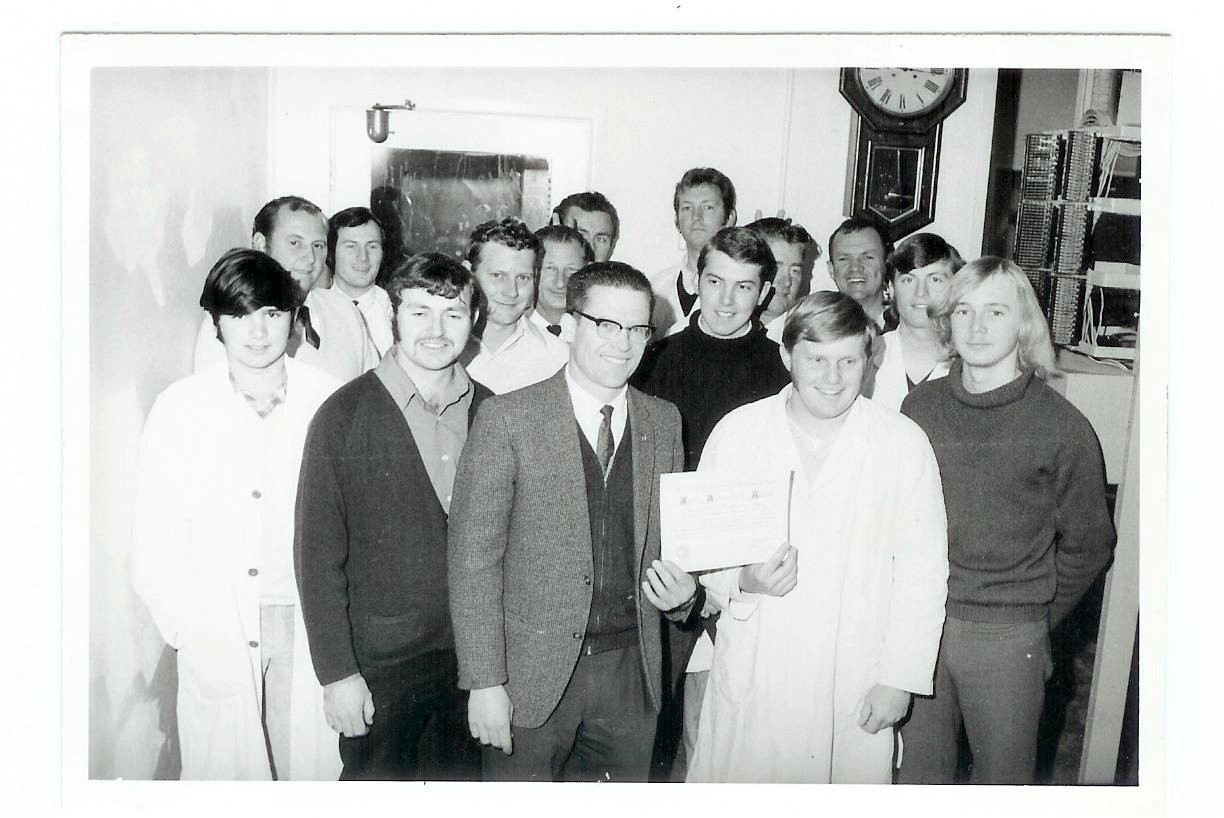 The Post Master Generals (PMG) department was asked by NASA to establish connections to the Parkes Radio Telescope for use in the Apollo 11 space mission.

In 1969 there was minimal infrastructure to implement diversity, so a system was devised to commandeer trunk and junction circuits. Besides the well documented bearers for TV and S band data from the maintenance tower east of the telescope to Mount Coonambro near Cookamidgera thence to West Orange, and the normal bearers to Sydney, there was also data, voice bearers and order wires for technicians and NASA over the cable and trunk network.

From Parkes the circuits were diversified by the existing broadband system to Sydney or via an open wire trunk system to Orange thence to Blayney to meet up with the western cable system to Sydney. Existing equipment was utilised and modified to enable  a smooth running of the mission.

The team (as seen in photo) took shifts for weeks to ensure it was all ready. Many PMG families had an absent father for six to eight weeks. Two staff members worked at the telescope tower in live in as it was in lock down. Geoff Foote and the radio branch from Sydney manned the maintenance tower. A crew was also on monitor at Parkes telephone exchange and at Mount Coonambro.

PMG staff were also involved in the Apollo 13 mission when an explosion occurred on the space craft and the astronauts had to turn off the power and live in the lunar module for the journey to the moon and back. The telescope was not used during this mission, but because the signals from the space craft were so weak they instigated the NASA circuits to Parkes CSIRO.