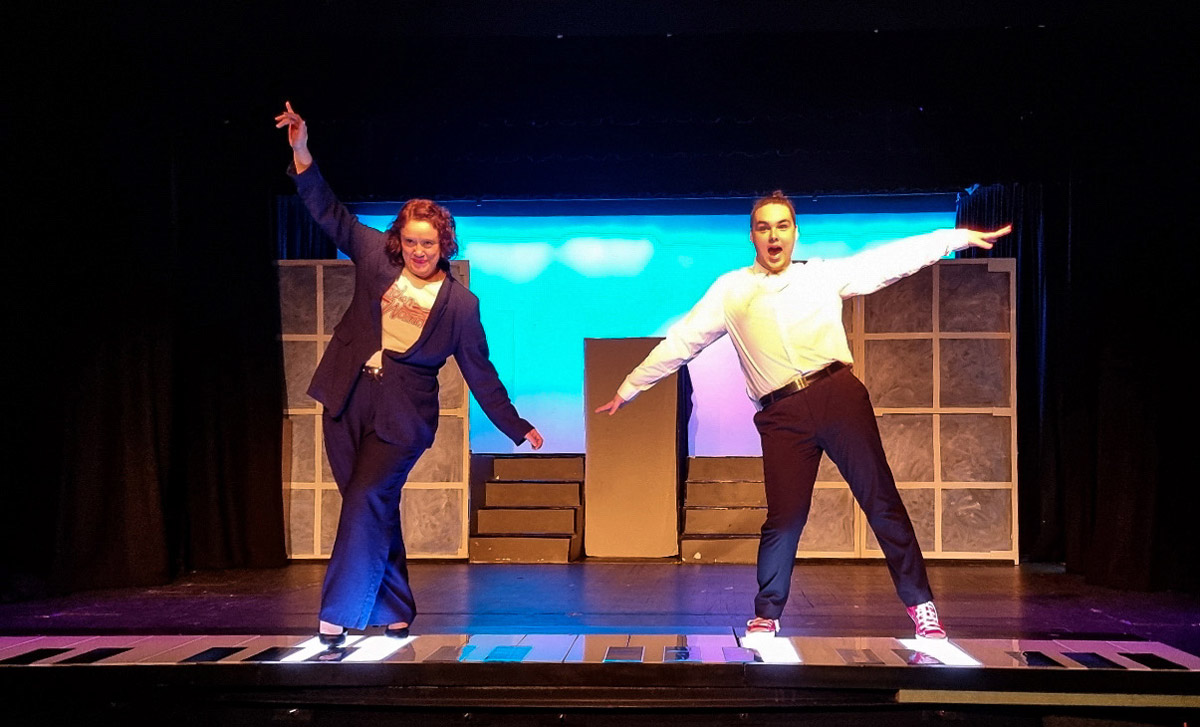 PIANO DANCING… The iconic floor piano dancing scene in Big performed by Kate Walsh, owner of the toy store, and Henry Best in the lead role as Josh Baskin.

Local theatre returned to Parkes in a ‘big’ way last weekend after another year of lockdowns, interruptions and postponements.

With a cast and crew of 50 the Parkes Musical and Dramatic Society’s production of Big the Musical once again highlights the abundance of talent in our community putting on a fun-filled musical for all the family full of high-energy songs and dancing.

“It’s been such a long time coming, all of us are so glad to be back in the theatre,” said Lisa Ramsay as director of her third musical with the M & D.

The production required a good dose of perseverance from Lisa as it had to be postponed twice, there were long breaks between rehearsals over the festive period and the April holiday and Elvis Festival, while managing changes in roles, finding new supporting crew members for choreography and set construction and coping with cast members getting COVID during the concluding weeks of rehearsals.

The final result sees the Overture star from Grenfell, Henry Best in a huge lead role as Josh Baskin. Based on the 1987 smash-hit film with Tom Hanks, Josh is a frustrated adolescent who magically becomes an adult, and discovers that life is not simply child’s play.

The musical includes the iconic floor piano dancing scene from the movie, and thanks to the ingenuity of two locals, Steve McGrath and Dave McCrae, the Parkes production has a giant floor piano too. “Our piano has three octaves and all the keys light up when you stand on them,” said Lisa of one of the biggest challenges of the set production.

Whether you want to support local talent, or see the floor piano, make sure to get your tickets online for the shows this weekend and next, or buy tickets at the box office at the Little Theatre on Sundays from 10am to 12pm. NSW Discovery and Family Vouchers are accepted.