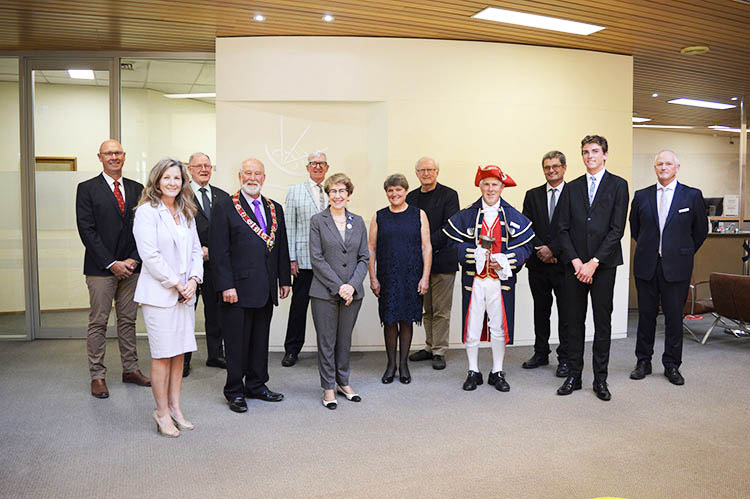 After four hours into her first visit, the Governor of NSW, Margaret Beazley AC QC, said Parkes had a nice feel about it.

Accompanied by her husband Dennis Wilson, she said the meeting at Parkes Shire Council was terrific. “The council is forward-looking and strategic in vision, which is something to be really proud of.”

She was particularly happy meeting Nicayden Greenwood, Young Citizen of the Year who did the Welcome to Country in language. “I was very impressed when he told me the Wiradjuri language is being taught in school from Kindergarten to Year 12. I would really like to put the challenge out there that someone need to create Wiradjuri Scrabble.”

In the afternoon the Governor met about 20 children attending after school care at the PCYC. She first asked them what they enjoyed about school and then it was their turn to ask questions ranging from: Why do you talk to the Queen, What do you like about your job, to What is your favourite place you’ve visited? She said meeting so many interesting people, and especially children was the best part about her job. “You can always learn so much from children because you have such great ideas,” she told them.

The Governor’s tour of the Central West, that also included Forbes and Condobolin, is the first multi-day regional visit after a long pause because of COVID. “We are keen to hear how the past months have impacted on the diverse economy of the region and the day to day lives of local people.”

The visit to Parkes included a tour of the Parkes Water Treatment Plant, Regional Hospital, and Radio Telescope, and a visit to Parkes High School. The Vice-Regal couple visited several local businesses to learn first-hand about current conditions and plans for the future. 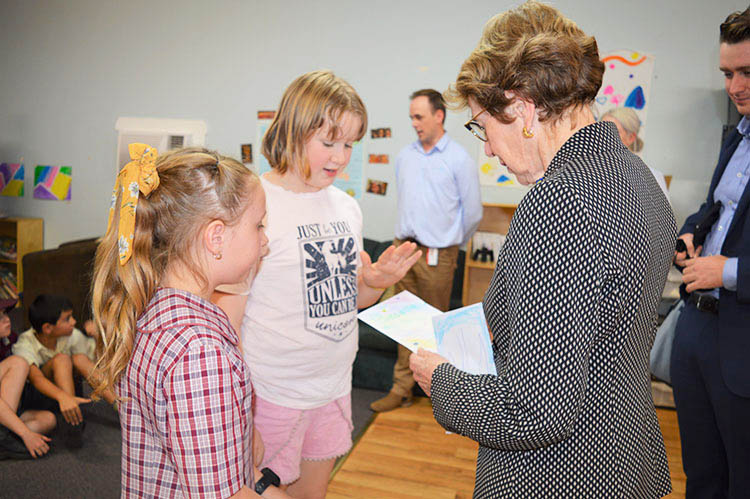 Rubi McAullife and Quinn McTiernan made special cards for Governor Margaret Beazley which they handed over at the end of the questions session. 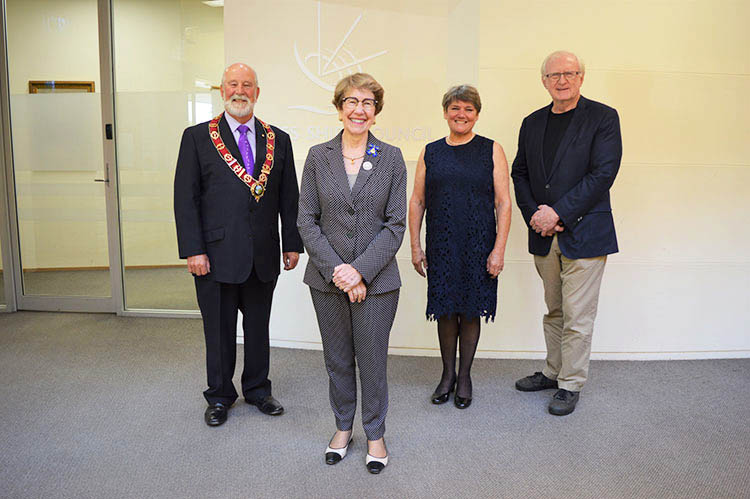 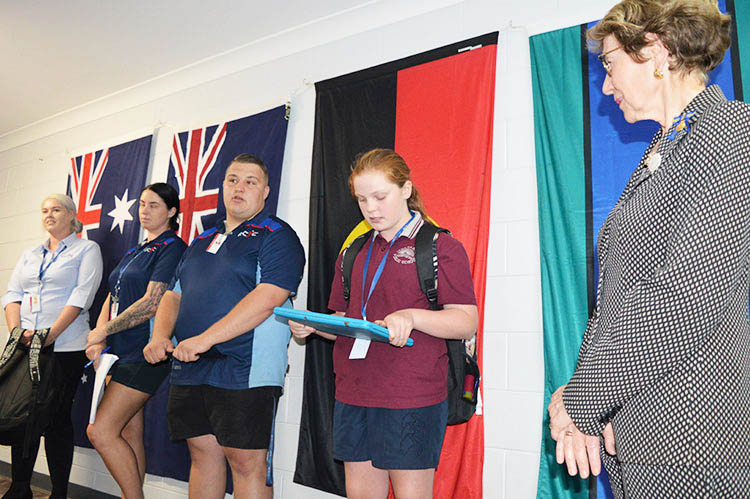 Heidi Charlton did the acknowledgement of country at the PCYC on Wednesday for the visit of the Governor of NSW Margaret Beazley. To her left are PCYC educator Jack McGrath and Leanne Rawlings. 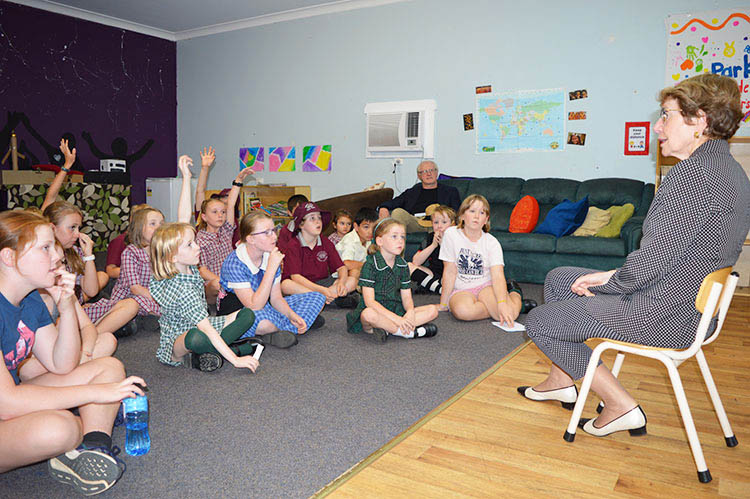 Governor Margaret Beazley sat down with the kids to answer all the interesting questions they asked her.