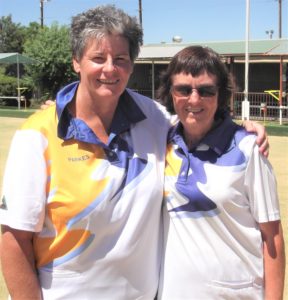 Maree Grant is the 2018 Parkes Women’s Bowling Club Singles champion. She played Cherie Frame in a thrilling final. Cherie took an early lead, but then Maree took the lead to win the game in a strong position 25 – 16.

The No4 Pennant teams were defeated in both games in the first round in Cowra. Next week the teams have a bye on Tuesday and on Thursday they play Forbes and No3’s play Canowindra in Parkes.

Nominations for Club Pairs open on 6th March and close on 20th March. Committee meeting will be on 2nd March.
To play social bowls ring table selectors Brenda Davies and Maureen Miller between 8.30am and 9am. Social roster Di Greenhalgh.