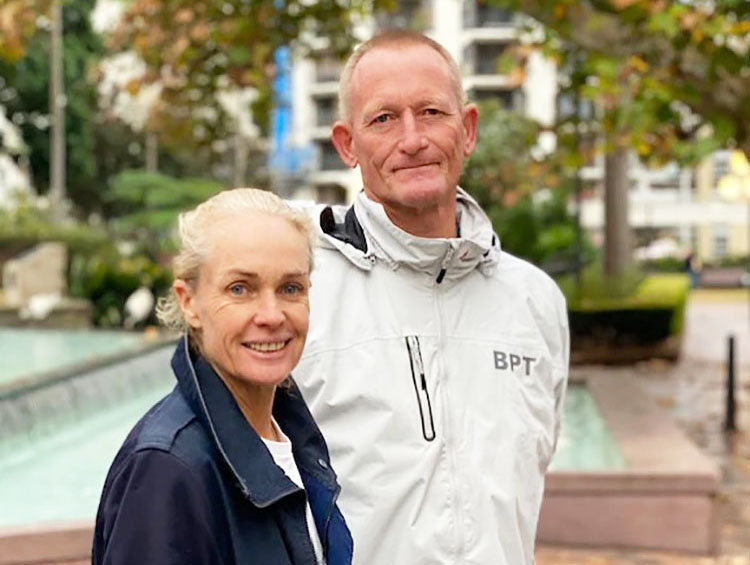 Louise Pleming and Brian Turton of the Rally4Ever program, which has started in Parkes offered by Helen Magill every Thursday.

The story of how she connected with a homeless man three years ago that led to the establishment of Rally4Ever was recently featured on Australian Story on ABC TV.

“We are reaching out to at-risk groups and to those who are feeling ‘stuck’, looking for connection and an avenue to better mental and physical health,” said Louise. “We are not mental health professionals, nor do we claim to be, but we have seen the benefits of exercise, movement and connection on mental health.”

Rally4Ever has developed an ongoing tennis program that aims to bring people together on court. Each session ends with a short, guided interaction that builds camaraderie and connection and is designed to retrain the brain to think positively and focus on ways to move forward.

“What we are doing can change lives,” said Louise. “I know that because I’ve seen it happen. Three years ago, I was approached by a homeless man when I was volunteering at an inner-city soup kitchen. Brian Turton recognised me as a former professional tennis player and Grand Slam commentator and asked if I would play a game of tennis with him.

“We’re now firm friends and our weekly hit-out has led to so many positive changes in his life – he’s in housing, interacts more positively with everyone and has just earned his own coaching accreditation.”

The program runs every Thursday at the Parkes Tennis Club, Victoria Street from 1 – 2pm. To join in a fun and free session of tennis email helenmagill@bigpond.com or call 0407 253 888.