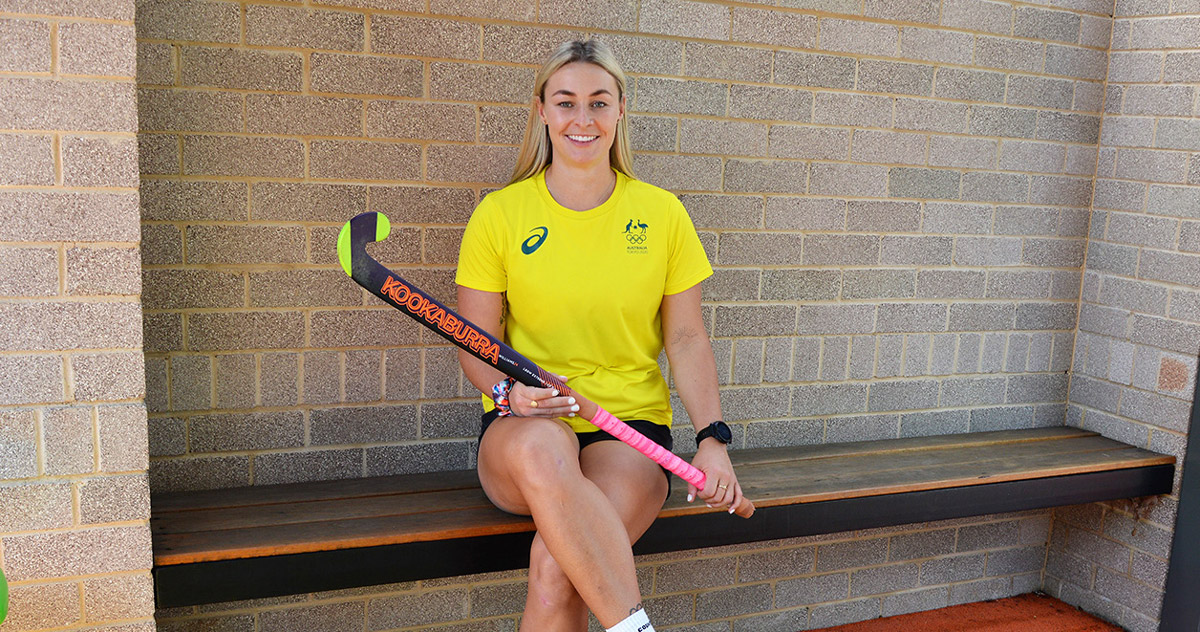 HOCKEY HOME… Mariah Williams is in Parkes this week to catch up with family and the hockey community after her second Olympic Games. She will be doing some training with junior players at the hockey fields on Sunday.

Parkes welcomed back its hockey super star this week when Mariah Williams returned for her fist visit since the Tokyo Olympics.

She attended a civic reception at Parkes Shire Council with her family on Tuesday night after her Kookaburra team excelled at the Tokyo Games in July winning five games only to went down to India in the quarter finals.

Speaking to The Parkes Phoenix on Wednesday morning Mariah said it was always such a beautiful feeling coming back to Parkes and the hockey community. “It feels like a really big family and everyone supports me. I think that’s one of the best feelings coming back and having everyone just being proud of me.”

She said having won their first game in Tokyo boosted their confidence after not playing any other team except New Zealand for 14 months. “The group was really happy and we were really proud of the way we were playing and I think that’s something that we will remember forever.”

Mariah said losing in the quarter final was really hard to swallow. “Even last night when they were talking about the experience of the last game, I teared up. But I love hockey so much and the confidence we gained have made us so excited for the World Cup and Commonwealth Games next year.”

While Mariah also has the Paris Olympics in her aim in three years’ time, she is starting to branch out in other areas of her life planning to enrol for a degree next year either in community work or health care. “I am a Wiradjuri woman and I am really big on the indigenous community and helping out there as much as I can. I am working with the Wirrpanda Foundation in Perth and their Deadly Sista Girlz program.”