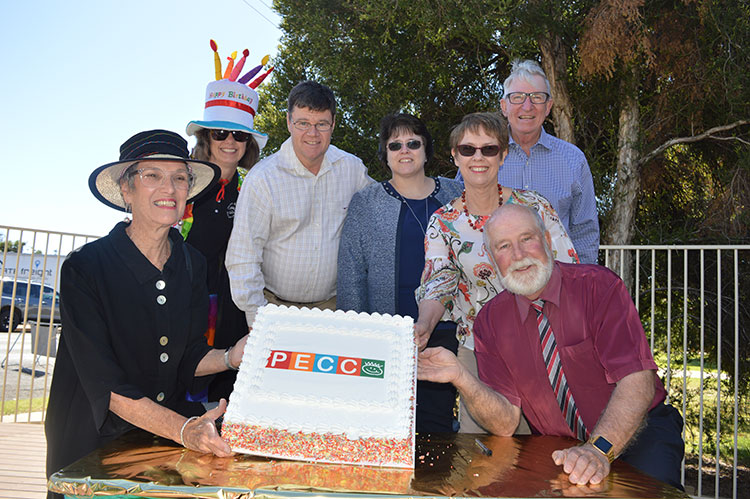 It’s always exciting when a school day turns into a celebration when you can dress up in party hats and superhero costumes and eat lots of cake.

This is what happened at the Parkes Early Childhood Centre (PECC) on Wednesday for the centre’s 65th birthday.

A bright and colourful scene greeted the special guests as the children sang a welcome song in their party gear in the sun.

President of the management committee Craig Smith said it was a great occasion for the centre still going strong after 65 years.

Parkes Mayor and patron of PECC, Ken Keith told the children he attended 60 years ago when it was the Parkes Preschool. “The legacy left by Lindy Farrant (Director) is astonishing. We aimed to make it the best childhood centre in the state and succeeded!” He praised Lindy’s significant contribution over the years.

Lindy, who has been Director since 1994, announced her retirement last week. “I warmly and sincerely thank all the staff, committee members, families and children for everything you’ve contributed over the years,” she said.

“We have a special surprise for Miss Lindy,” said Acting Director Colette Genet-Marks as she handed Lindy balloons shaped in the number 33 to represent the years she has been involved with the centre.

Then it was time to cut the special birthday cake with the centre’s new logo much to the delight of the children.