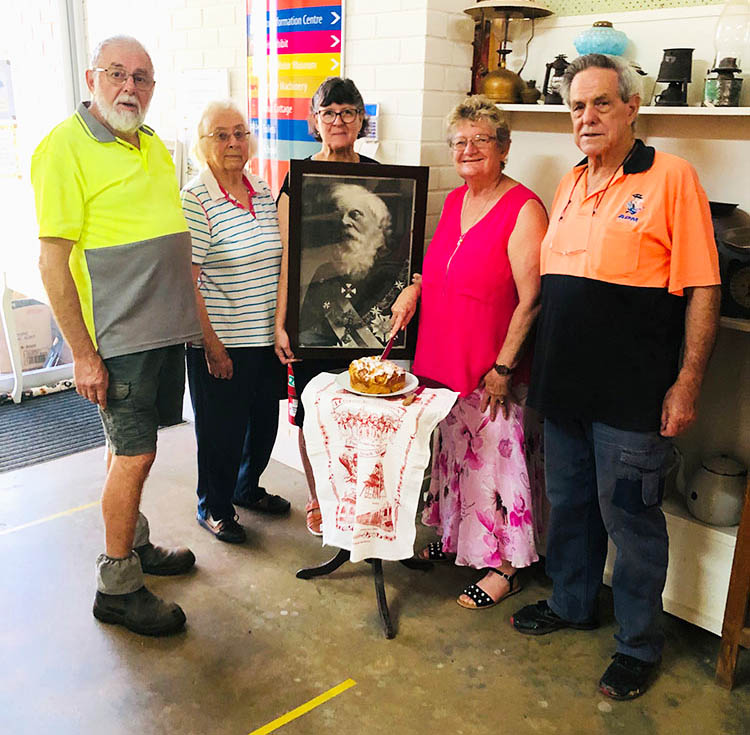 Parkes turned 147 years on Tuesday! The township was officially named Parkes on 1st December 1873 in honour of the then premier of the colony of NSW, Sir Henry Parkes. Parkes Shire Councillors joined in a cutting of a birthday cake in the Council Chambers, while the staff at the Henry Parkes Museum (above) also celebrated. They are (L-R) Bruce Prior, Dorothea Tom OAM, Rosemary Prior, Rose Jones and Bruce Hall.