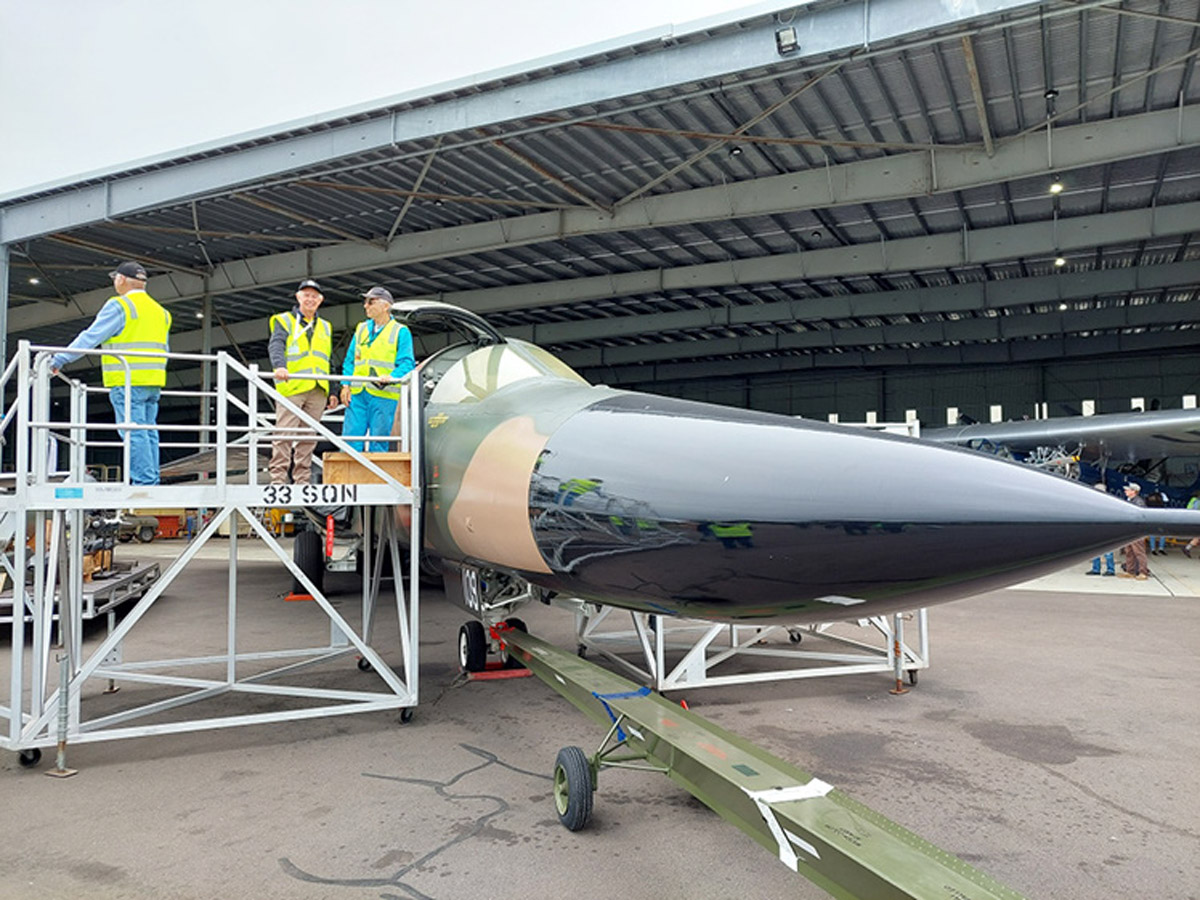 Terry Job and Laurie Neville at the air show in Shellharbour last weekend.

The event featured aircraft of all types including fast and loud jets and visitors watched the last public performance of the FA 18 fighter and attack aircraft that is being phased out in favour of the F 35 Lightning coming in to service with the RAAF.

The weather misbehaved both days, but fortunately the HARS headquarters in Shellharbour has a large undercover area and the visitors were able to shelter inside from the many showers.

Terry Job and Laurie Neville from Parkes were also able to see the facilities and undercover aircraft space similar to what is planned for the museum site at Parkes Airport.

If you are interested in aircraft, the Parkes Aviation Museum is open on Thursdays and Sundays.