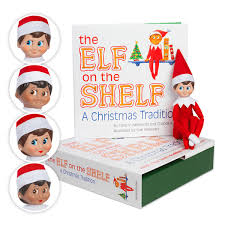 At the North Pole, Santa has many helpers who make the Christmas season special! His scout elves serve as his eyes and ears in homes around the world… The Elf on the Shelf is being accepted into more and more homes each year. The children’s book The Elf on the Shelf: A Christmas Tradition came out in 2004 and tells a Christmas-themed story that explains how Santa Claus knows who is naughty and who is nice.

The story describes how Santa’s scout Elves hide in people’s homes to watch over events. But first the scout elves need to be named. Once a family has named the elf, it receives its special Christmas magic, which allows it to fly to and from the North Pole.