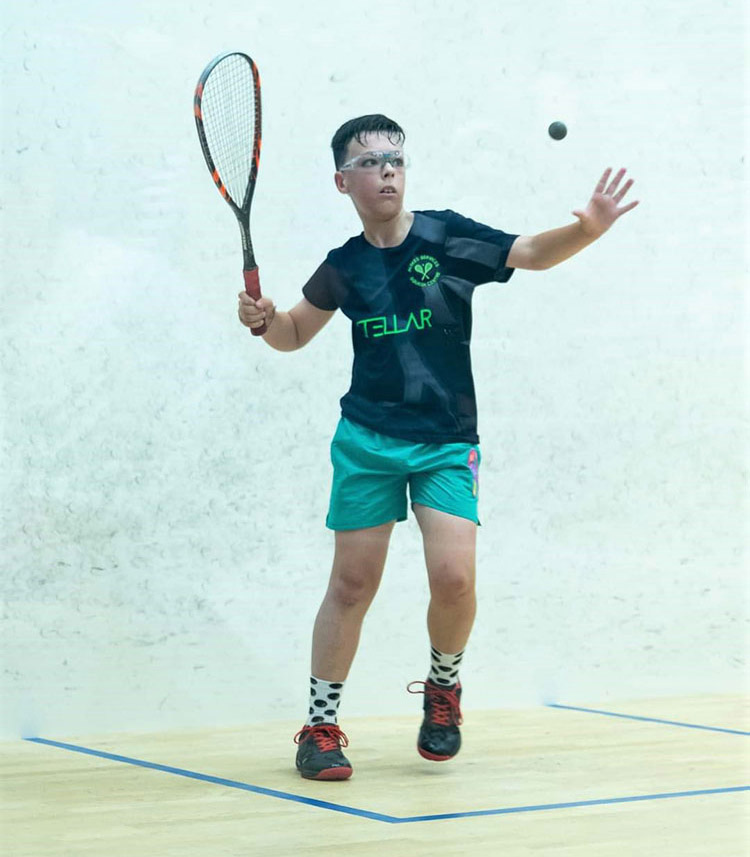 Parkes junior squash star Henry Kross has been selected to represent NSW at the Australian Junior Championships in December at Woden, ACT.

While Henry has a string of achievements under his belt, this championship will see him compete in the Under 13 category for the first time, which will be a new challenge for him.

“I am so excited and really hope it goes ahead,” said Henry this week. “I was pretty surprised to get selected. This is my first year in the Under 13’s, so I thought some of the older boys might get selected before me.”

Henry said he looked forward to playing in the teams event. “My Under 13 boys team has Kasper Cheung and Kieran Willathagamuwa – they are both from Sydney and really good players. I think Queensland will be the hardest, but we will do our best.

Last year Henry won the NSW Under 11’s Junior State Squash titles and then represented NSW at the Australian Junior Championships, the highest ranked junior tournament in Australia, claiming the boys under 11 division. He was named Junior Sportsperson of the Year at this year’s Australia Day Award ceremony.

“I would also like to win another Australian title, but if I can make the quarters in my first year up an age would be awesome,” he said.

Henry is currently ranked #1 in NSW and #2 in Australia for Under 13 Boys, and won the ACT Under 13 State title.

Henry has a good support team locally with coach Geoff Leonard, and players Matt Swindle, Richard King, Geoff Wyatt, Damo Ewin and Stuart Dearden who are always more than willing to jump on the court and hit with Henry.