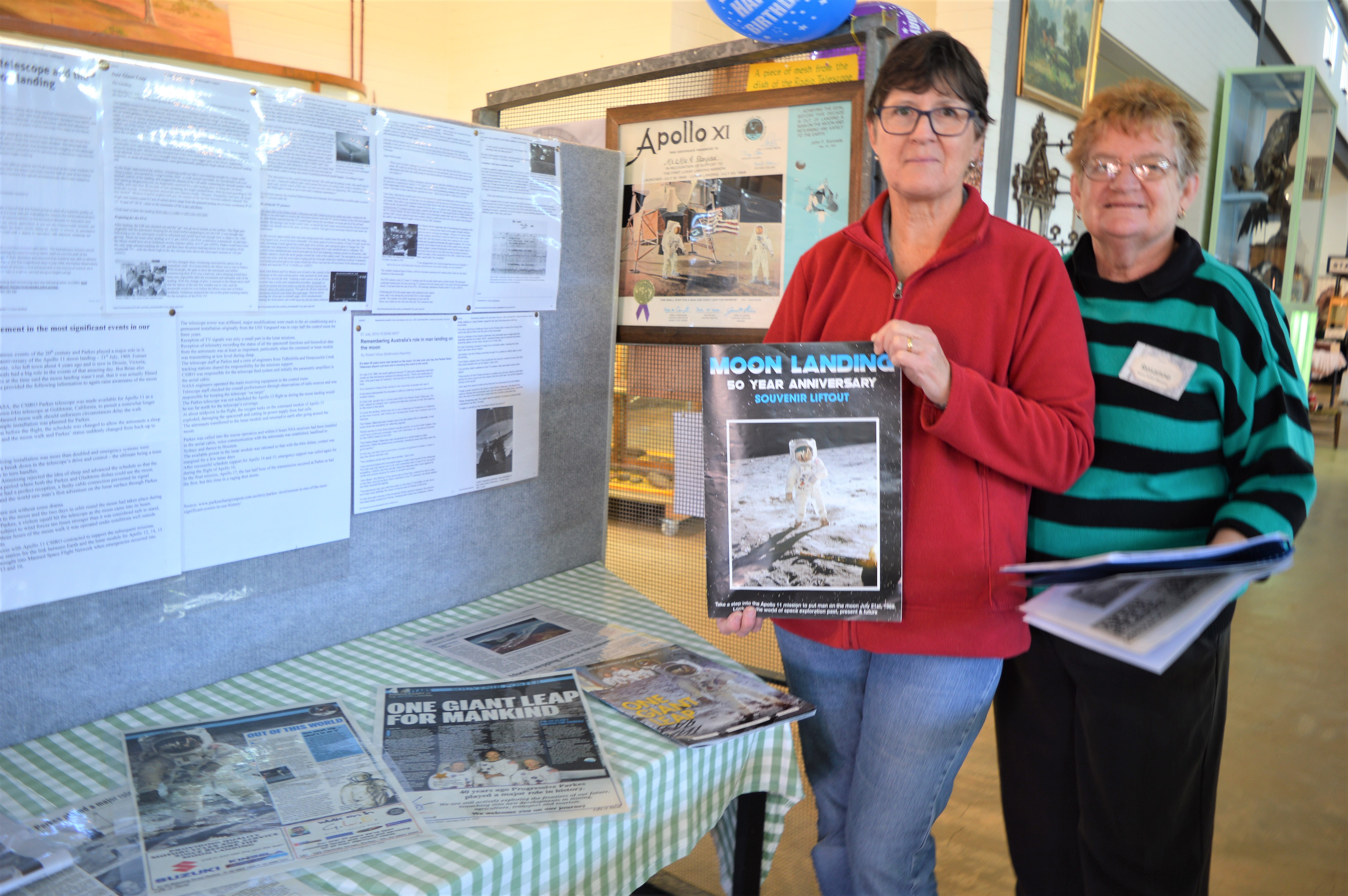 If you have missed out on all or some of the significant celebrations for the 50th anniversary of the moon landing last month, don’t fear as the Henry Parkes Museum’s special exhibition is still ongoing.

One of the Parkes & District Historical Society’s members, Rosemary Prior, put in alot of work and care into correlating lots of information into an amazing story. “We are all amateurs and volunteers doing the best we can,” said Rosemary. The feature piece of the exhibit are two items on loan from Dorothy MacDonald. Her parents, Jean and George Stanford from Peak Hill, both worked at the telescope during construction and the moon landing. They received a NASA certificate signed by all three astronauts for their support of the first lunar landing. The second item is a signed framed photo of George with his dog at his tractor looking at the telescope being built. Five times more visitors than usual streamed to the museum over the anniversary weekend from all over Australia and overseas. “People enjoyed our display, especially our feature on how the radio telescope was build,” said Rosemary.

She remembers driving out to the construction site on Sundays as a child to look over the fence, and watching the moon landing at school. “My husband, Bruce, lived opposite the site and grew up with it.”

Rosemary said it was very special compiling the exhibit as it is so much part of the history of Parkes. “It put Parkes on the map!”