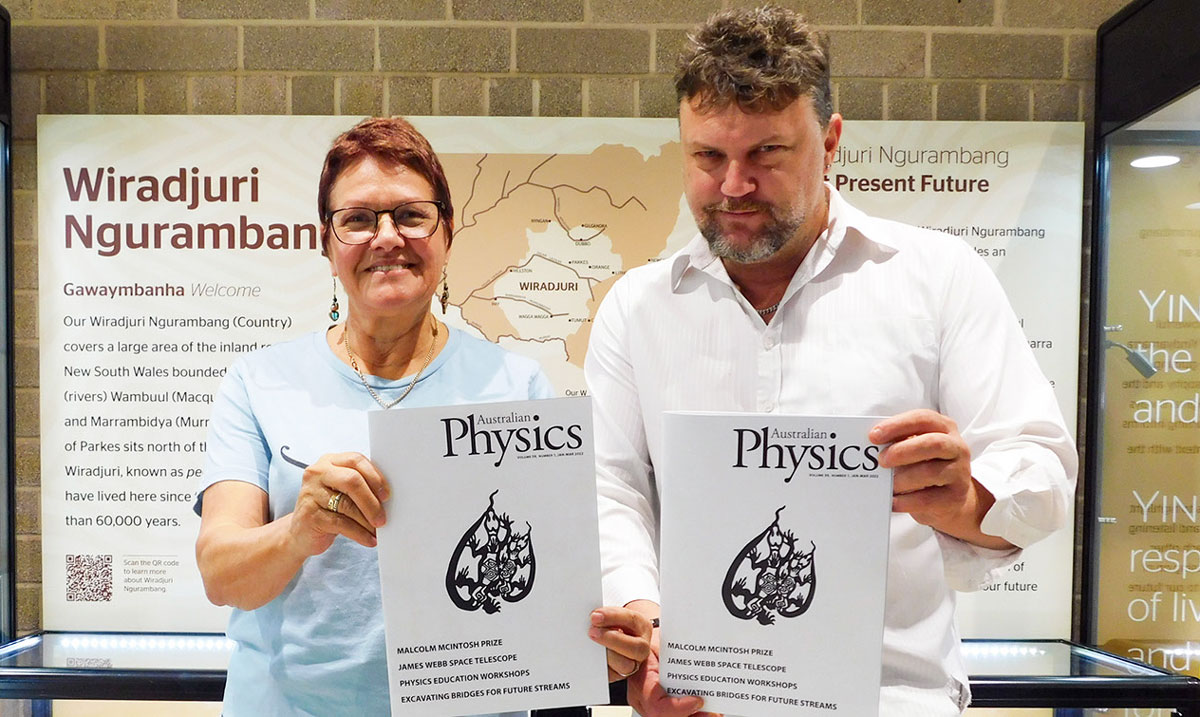 ‘PHANTASTIC’ PHYSICS… Kerrie Peden and Sean James Cassidy are very excited to have their article and art featured as the cover story in the latest edition of Australian Physics. A copy of the magazine is available at the Parkes Library for anyone wishing to read the published article.

Hours and hours of research and discussions have paid off for a Parkes artist and an educator with their work included as the cover feature article in a prestigious science magazine.

The first edition of Australian Physics of 2022 features Sean James Cassidy’s artwork Two Goannas/Bula Gugaa on the front cover and a seven-page article written by Sean and Kerrie Peden of Ub Ubbo Exchange.

“This is a big deal for us,” said the excited pair after receiving the printed copies of the magazine.

The commission for the article flowed from a previous connection with Australian Physics when Sean’s artwork called Radio Telescope, which is on permanent display on the Woolworths wall, was featured on the front cover in October 2020.

“They asked us to do an article exploring the space between art, science, indigenous culture and connection to the land,” said Sean.

“We are very happy that they are so keen to get science out there and were willing to take a risk of publishing our work which is very different to the standard type of article printed in the magazine.”

The editors David Hoxley and Peter Kappen wrote in their editorial: “The article highlights how learning can happen in different ways. The connection to physics is perhaps more subtle here – it may lie in the ‘negative space’ about what we don’t teach.”

Kerrie and Sean based their work on the premise that if you can develop both parts of the brain, you’d be able to look at things in a clinical way and a creative way, and that would mean you are more likely to solve problems the world is facing.

They wrote: “Art and Science can be seen to be similar in the spark and drive of the inquiring mind and in the necessity for keen powers of observation. Where they differ is that Science is the quest for facts and Art seeks to explore the imagination and satisfy the need for human expression. Generally, artists and scientists have been thought to view things differently but is there a greater benefit for the brain to cultivate and enhance the neural pathways so these two views can coalesce?”

The article continues to explore how both art and science were created from a deep connection to the land; the use of negative space and how Australian aborigines identified the big emu in the sky that was a seasonal indicator; and the concept of Yindyamarra.

Yindyamarra is a powerful Wiradjuri word of deep meaning that encompasses a whole view of respectful listening to, understanding of and sensitivity towards the thinking about, learning from and living with Nature. It is the knowledge that everything interacts and is connected.

This way of thinking promotes a different mindset and therefore a different approach to absorbing information, and is in part explained through the Eight Aboriginal Ways of Learning that employs a holistic view of interconnected ways to engage all the senses.

Sean and Kerrie further explore the importance of imagination and how collaborations have occurred between artists and scientists throughout history, and whether the two disciplines are really different or mutually exclusive.

They conclude by asking: “Could more open acceptance of different mindsets enable the creative intersection of knowledge bringing the possibility of the development of a universal language through which we will all be able to understand each other?” 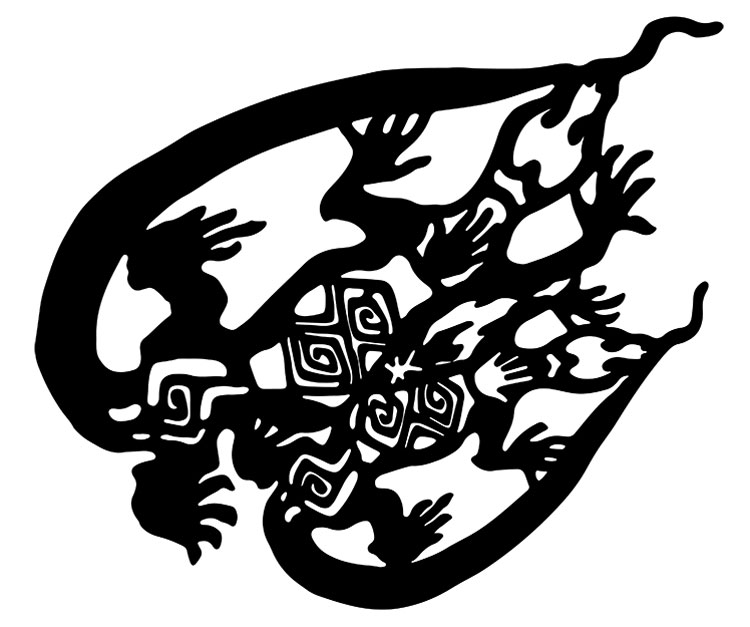