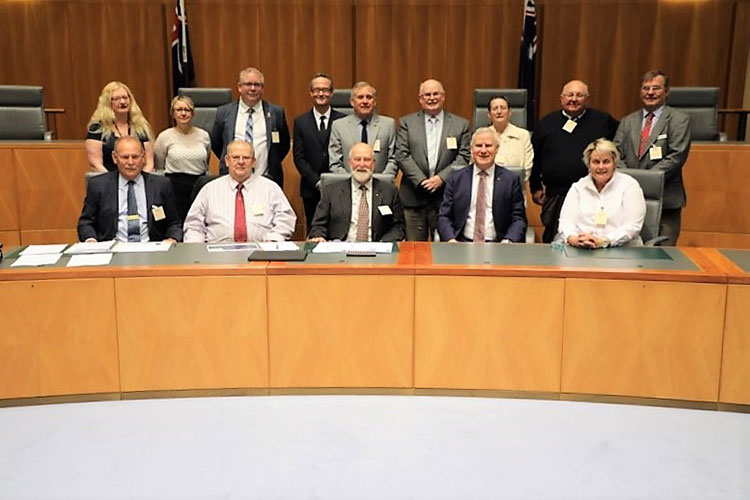 The Newell Highway Taskforce held its meeting at Parliament House in Canberra with an address by the Deputy Prime Minister Michael McCormack. He focused on the budget outcomes and the commitment by the Federal Government to the Newell Highway’s continued improvement at over $700 million.

Grade separation of the Inland Rail along the corridor is a major issue and the Federal Government has initially committed $187.5 million for prioritised works. This will increase the cost of Inland Rail and as a result the completion date is now expected to be 2027. Comprehensive updates were provided by Robyn Legg and Cathy Milfull from the Department of Infrastructure and Alistair Lunn from Transport for NSW. They highlighted major safety improvements along the length of the Newell Highway, including heavy duty pavements, additional overtaking lanes, centre line separation and audio-tactile treatments. Chairman of the Newell Highway Taskforce, Cr Ken Keith OAM from Parkes commended both the Federal and State Government for contributing over $1.4 billion into this vital inland corridor, the third busiest in the state.

The Newell Highway Taskforce Committee agreed to lobby for continuous mobile phone coverage. The next meeting will be held in Coonabarabran on 10th August.