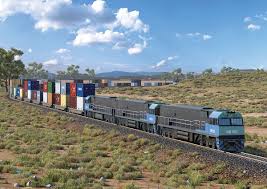 The Melbourne to Brisbane Inland Rail project is set to make tracks in 2018, according to the Australian Rail Track Corporation (ARTC). The first stages of the 1,700km long rail line will commence in 2018. It will be worth $16 billion to the Australian economy over the next 50 years. A spokesperson for ARTC said at a conference in Toowoomba recentlly: “The project is now two years into the 10 year $10.5 billion program.” The head offices for the project will be in Brisbane with satellite offices in Sydney and Toowoomba.

Parkes Shire Mayor and Chair of the Melbourne to Brisbane Inland Rail Alliance, Cr Ken Keith OAM, attended the congress and said the news was encouraging for the region. “This is a critical piece of national infrastructure and will open up a corridor of opportunity from Brisbane to Melbourne, with Parkes uniquely positioned to leverage
economically. “The Inland Rail is set to generate $1.8 billion for Northern Western and Central NSW and $2.6 billion for the whole of NSW,” the Mayor said.

New state-of-the-art equipment is set to be used in the construction process, which will require 1.6 million sleepers, 2.5 million tonnes of ballast and 138,000 tonnes of rail. It is hoped that much of these products will be sourced and procured locally enhancing local economies along the proposed route, including the Parkes Shire.

A report will be finalised by March next year regarding opportunities for investment in the Inland Rail. For more information about Inland Rail visit http://inlandrail.artc.com.au/