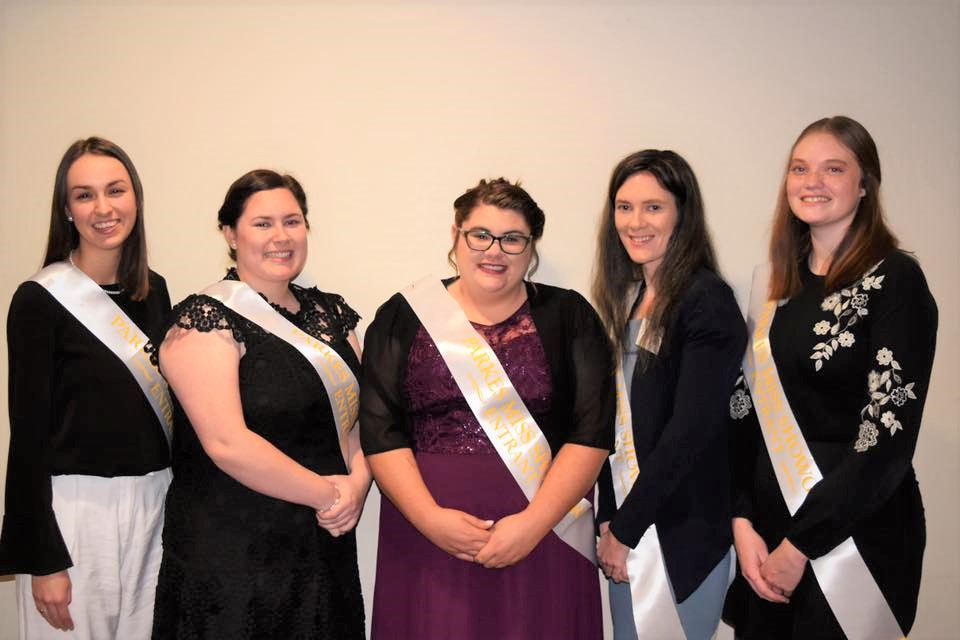 The announcement of the Showgirl and Teenage Showgirl is one of the highlights of one of the biggest agricultural shows west of the Blue Mountains.

This year the judges had a difficult job deciding on the winners after each entrant attended an interview, as well as an onstage interview at a dinner function held recently.

The winners will be announced on Tuesday at the show.

The sponsors of the competition have donated a good range of prizes and gift packs for all the entrants. Miss Teenage Showgirl entrants are 15-17 years old and Showgirl entrants 18-24 years old. The three days and two nights of the Parkes Show from Monday, 26th August to Wednesday, 28th August has plenty of entertainment, side shows and trade stands for everyone, not to forget the spectacular fireworks display on Tuesday night that can be seen from miles around.

The event also features four days of horse events as well as exhibits of sheep, cattle, birds and poultry and don’t forget the pavilion displays.

Day tickets or three-day passes are available for the show. For more information including ticket pricing and a full program, visit the Parkes Show website or their Facebook page.

This year Inland Rail is once again a proud sponsor of the Parkes Show. With construction on Inland Rail between Parkes to Narromine rolling full steam ahead, make sure to drop by the Inland Rail marquee to meet the team and find out more about the project.

Other highlights include the headline entertainment act featuring the trick riders from Showtime FMX, the demolition derby on Wednesday at 7:30pm, the Blue Mountains Reptile Encounters, and for some fun and excitement there will be circus workshops conducted by Darryl and Di from Firstlight Entertainment.

The evergreen popular sideshow alley will again attract the younger crowd, the ever popular Kid Zone and challenging mechanical bull are also on the program.