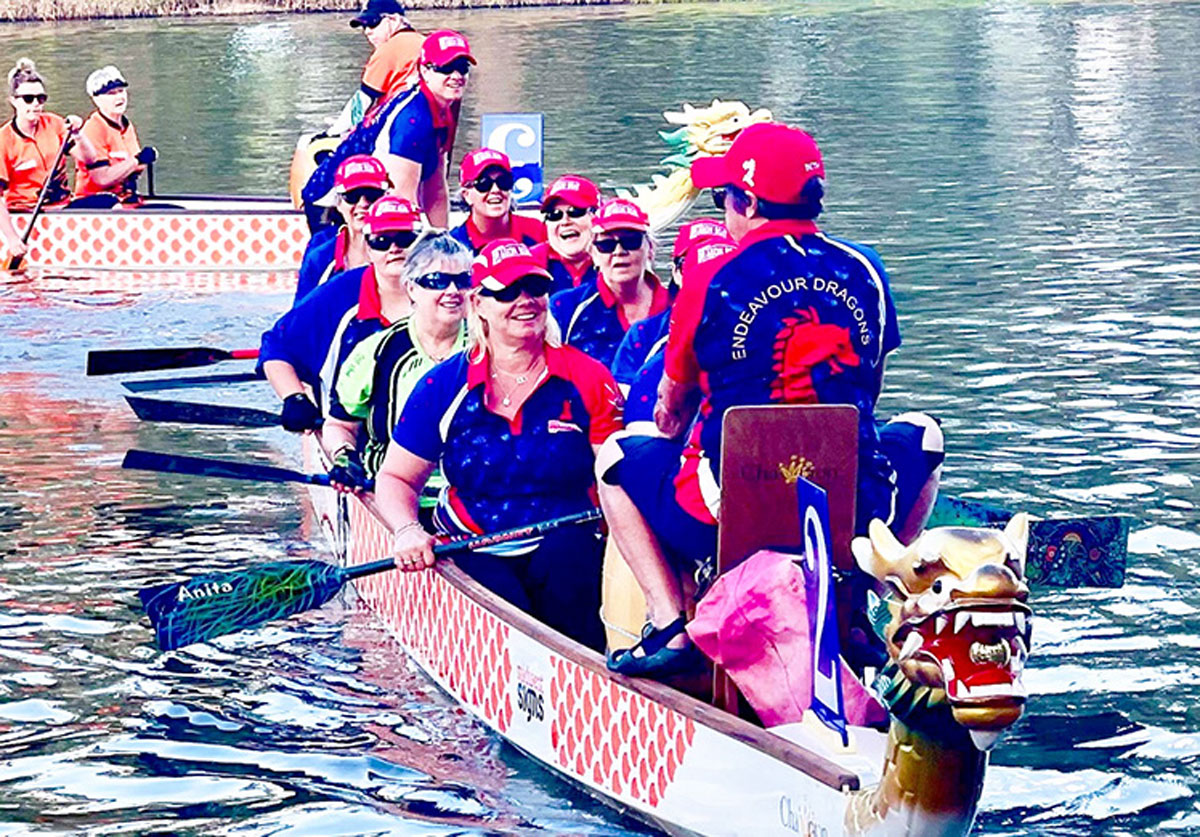 The Parkes team included seven paddlers brand new to racing, and combined with four paddlers from Lithgow. “The delight on the faces of all crew, especially the first-timers Angela Wang, Shaodong Wen, Anita Beddowes, Karolina Kosmicki, Jay Smith, Christine Fyfe and Rachel Samuels, was a testament to the joy of the day for Parkes,” said coach Beth Thomas. Two of the new paddlers, Jay and Anita, took on stroke positions to lead the timing of the boat.

“We thank the Forbes Dragon Boat Club for organising the day which allowed such great opportunities to our crew,” said president Bill Thomas.

Parkes is looking forward to its Fourth Anniversary 6km challenge on Sunday, 15th May.