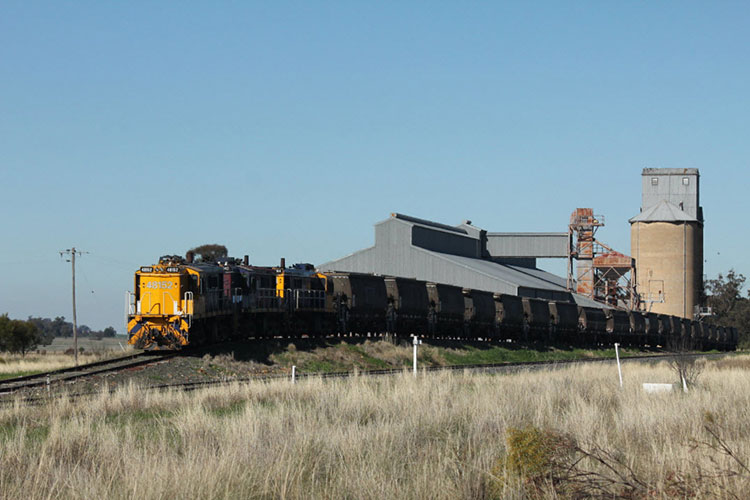 It was originally called Cardungle, but when Government officials came along they reckoned the people didn’t know how to spell the word properly, and so they spelt it with a ‘k’, making Kadungle. Kadungle Silos still stand today and railway enthusiasts love photographing trains stopping at the silos.

The silo was on the railway line with nearby stations including The Troffs, Gobondery and Tullamore. In 1927, John Watts of “Kurrajong Park”, Kadungle was announced as one of the successful exhibitors of wheat at the Sydney show.

Tennis was very popular and Kadungle had a tennis club called Medway. They had regular tennis tournaments with Fifield and Tullamore. Kadungle had a half-time school in 1898 but had to wait until 1927 to have a provisional school. Kadungle also had a Post Office which was also the local telephone exchange.

Kadungle School had an active P&C Association, with meetings held quarterly. In 1941 Kadungle organised a combined sports day with Eribung (Numulla), Kelvin Grove and Gillenbine Schools invited to celebrate Empire Day. This became an annual event and the forerunner to the Gobondery Sports Carnivals.

Amongst the more interesting groups formed, there was a Kadungle Wild Dog Union who raised vital funds for the Parkes District Hospital. Families with long associations with Kadungle include the Crowleys, the McAneneys, the Watts, the Birds and the Reynolds.