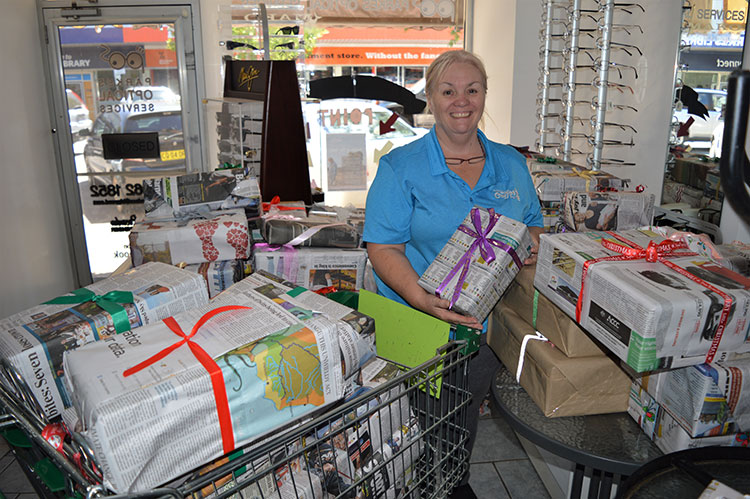 Marlene Symonds surrounded by kindness – more than 100 shoe boxes were delivered to her from people in the community for the Ladies on the Land initiative.

Parkes resident Marlene Symonds who put up her hand to manage a collection point for the Ladies of the Land initiative has been overwhelmed by the community’s support.

“Initially I thought it would be great to get at least five boxes, but now there’s over 100 already,” said Marlene this week.

She said people from far and wide delivered shoe boxes at The Coffee Pot filled with pamper items and wrapped in newspaper.

She mentioned Vicky Wright who brought in nine boxes, and the staff of Woolworths in Parkes made up 40 boxes!

“Everyone was telling me how much they enjoyed doing it,” said Marlene.

The Ladies of the Land initiative is dedicated to the women on the land who often put themselves last to make Christmas a little better for them.

Marlene will still accept boxes until 5pm today (Friday) at The Coffee Pot, and tomorrow she will take the load to Orange from where it will be distributed to drought affect- ed communities.

She said 120 boxes had already been distributed to farming families at Peak Hill this week.