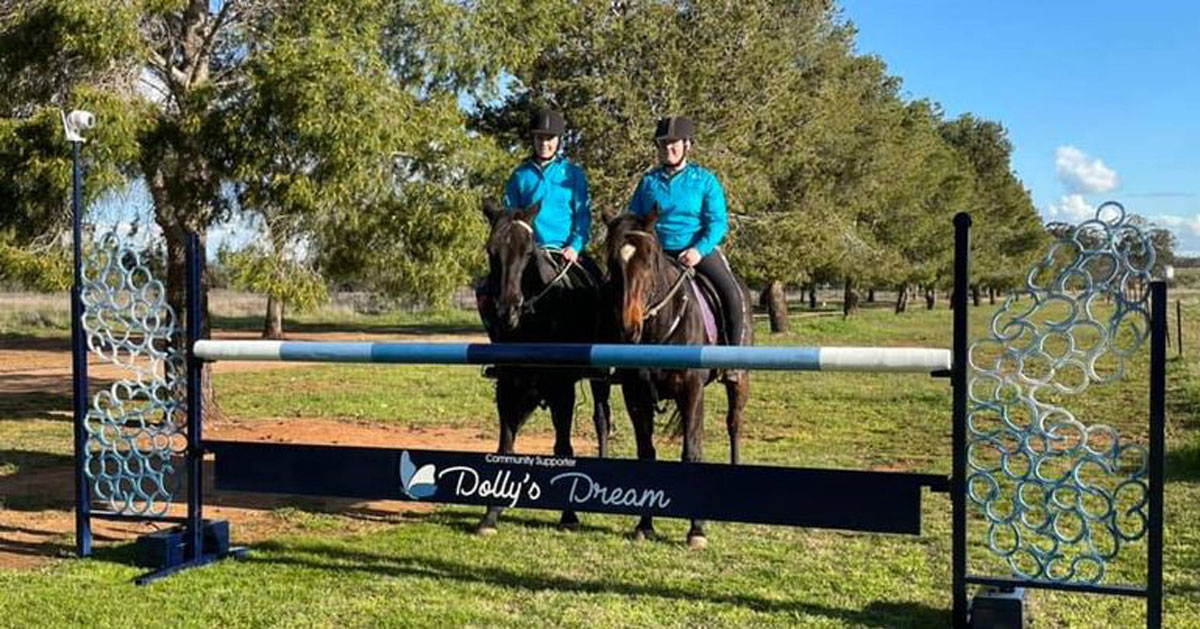 Laura Rusten and her sister Jorja at the show jump she designed for her HSC major work. The jump has butterfly wings on both sides to honour the Dolly’s Dream butterfly. Laura created the wings by welding together horse shoes.

A Year 12 student spent hours working on her HSC major work this year and then decided to auction it off for a charity.

With some input from her dad, Laura spent countless hours over six months to build an automatic pole lifting show jump with a motion sensor camera.

“My show jump is designed to be used by the rider solo, with two electric winches remote controlled to either lift or lower the pole, a motion sensor camera that can record your movement with an SD card or a second party can access the camera with their phone and control the movement of the camera to give direct feedback.” Laura said the jump was not only designed as a training jump but could also be used in competition.

As a keen supporter of Dolly’s Dream, a charity set up to care for children who have experienced or witnessed serious violence, bullying, cyberbullying or other safety and well-being risks, Laura decided a great way of raising funds for the charity would be to sell the show jump on auction. “With the approval from Dolly’s Dream this became my inspiration.”

The auction kicked off on Monday and by Tuesday she had already raised over $500. “I don’t really have a final figure and only hope it goes well,” said Laura, who has been accepted at Wagga CSU to study a Bachelor of Equine Science next year.

The auction includes other smaller items and is open until 12pm today at: https://fundraise.dollysdream.org.au/fundraisers/laurarusten 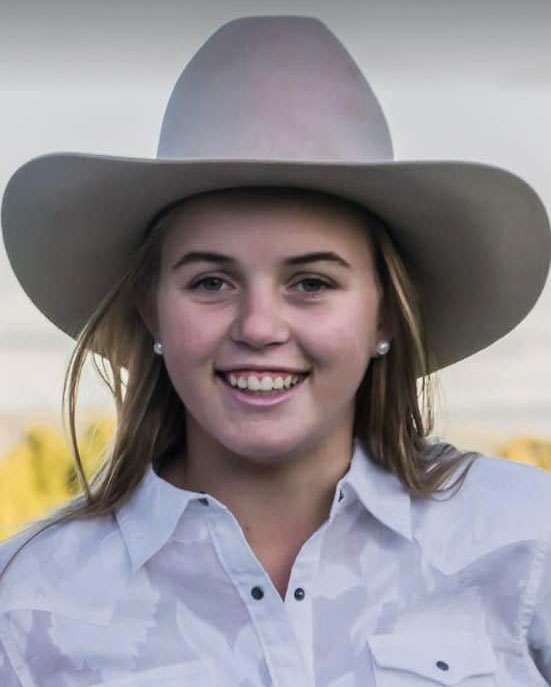