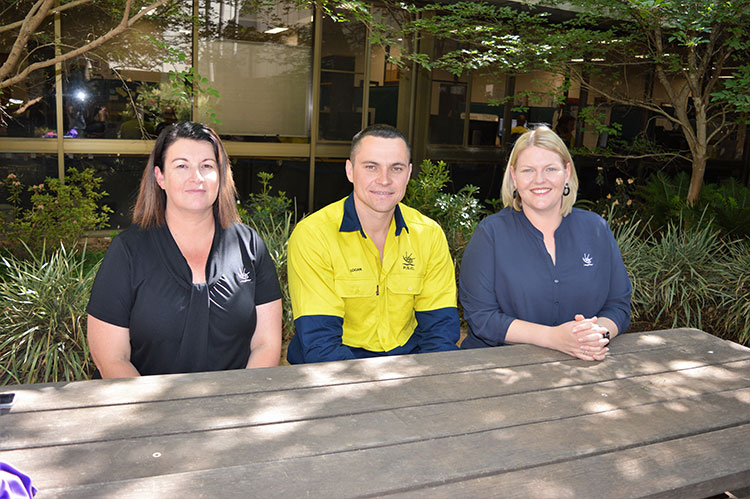 Three local TAFE NSW students were selected for an extraordinary opportunity to travel from Parkes to a world city with a population larger than the whole of Australia and gain unprecedented access to some of its largest global enterprises and businesses.

Jaimee Timmins, Logan Hignett and Kelly Hendry were selected from 30 applicants for a 16-day trip to Shanghai, China’s biggest city, as part of the Outbound Mobility Program giving rural and remote students the opportunity to travel abroad to enhance their industry skills and knowledge.

Jaimee, Logan and Kelly, who are also Parkes Shire Council employees, have come back with bags full of experiences, but also fresh ideas for their workplace. In Shanghai they met with industry business leaders at Wujiang Government, the Australian Chamber of Commerce in Shanghai, Renji Hospital, AustCham Shanghai and BlueScope Corporate. They also visited the world-famous China International Import Expo and Disneyland.

“It was a massive learning curve for me,” said Jaimee who also experienced her very first trip overseas. “It was amazing to see how structured and orderly everything is run in such a huge city. I gained insight into their way of life and how good their communication is for instance at the hospital where they deal with lots of international doctors.”

Coming back to Council she’s learned to think outside the square and that there’s always room for improvement.

Kelly was very impressed with the city’s long-term vision and planning and how that leads to amazing infrastructure and a well- planned city.

She also enjoyed the group they travelled with. “We worked well together, formed strong networks, and cemented what we’ve learned in our Diploma in Leadership and Management.”

Logan, a civil engineer who moved from the Orange Council shortly before the trip, said he found his first visit to an Asian country a culture shock, “but I grew as a person because of it”. He was particularly impressed with business innovation initiatives with rewards to encourage staff members to come forward with ideas. “I found that really interesting as it helps to increase efficiency and encourages people to want to do better and try out new things. This is something we could look at here at Council.”

He said he found it hard to bring back civil engineering ideas as they were years ahead being a mega city. “There are a lot of customer service ideas though that we could look at in the future as the acceptance of technology with younger generations come through, like the paying of rates at 24/7 kiosks.” 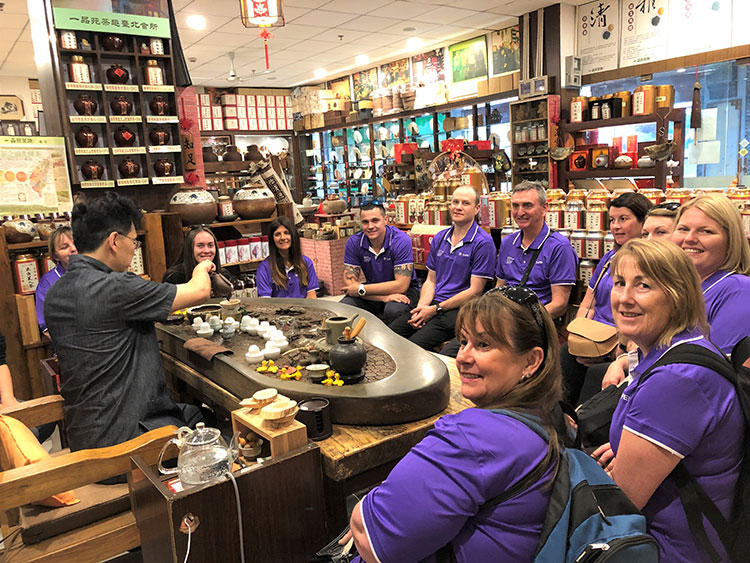 Kelly said she brought back the importance of long-term vision and planning, and doing trade with China and dealing with Chinese culture. “As Parkes grows and progresses with the Special Activation Precinct, it will be important to get things right when it comes to international development projects.”

The experience of seeing a city with such rapid growth in a short time frame where there is a lot of cement, made Jaimee, Logan and Kelly appreciate the open space, blue skies and birds again back home.

They agreed it was a great opportunity that opened many doors they would never have been able to do visiting Shanghai as individuals.