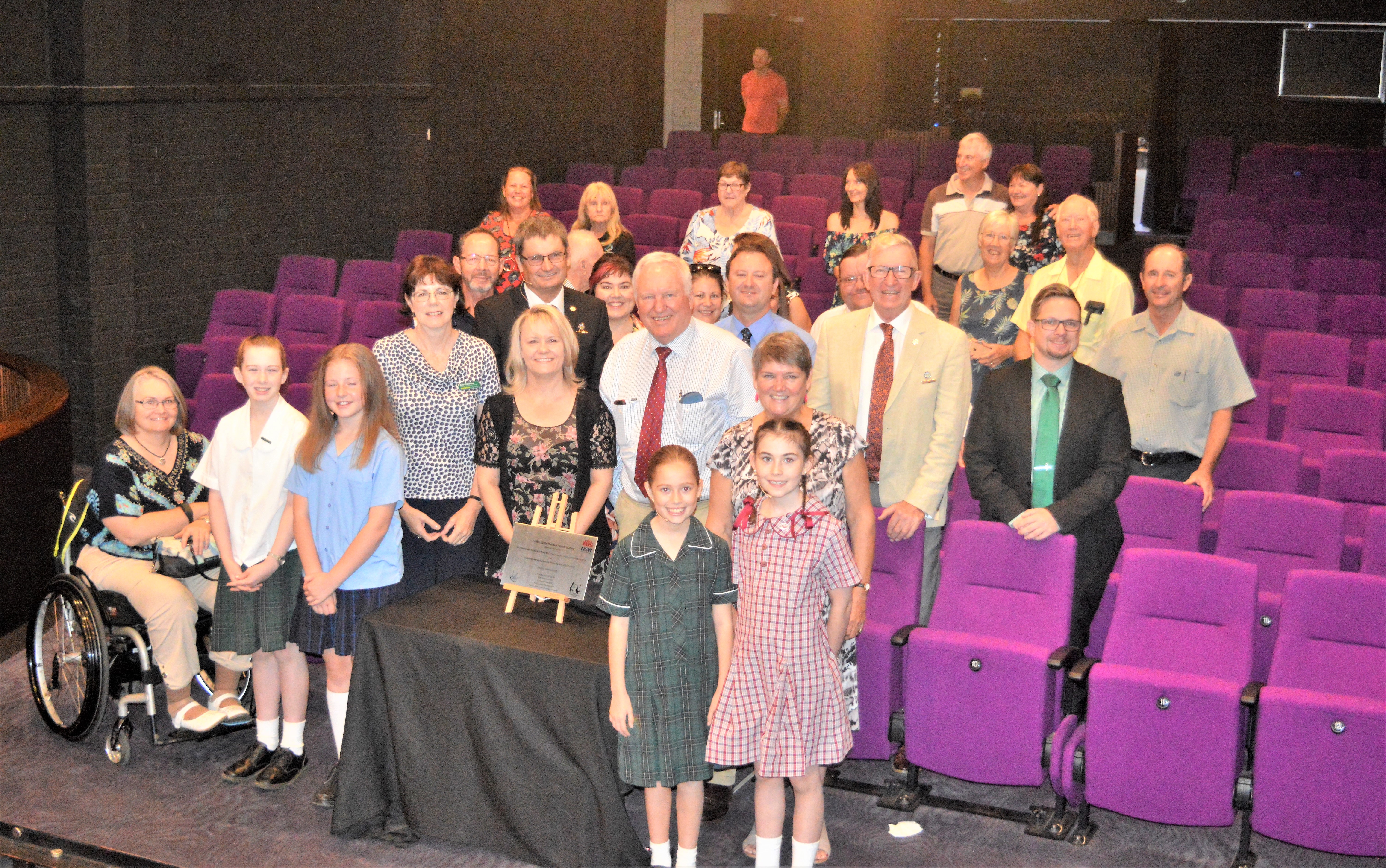 The spotlight was on the Little Theatre in Parkes on Monday for the official opening of the venue’s completed upgrades and renovations.

One year ago Parliamentary Secretary for Western NSW Rick Colless announced a grant of $162,000 from the Stronger Country Communities Fund, and on Monday Rick and Nationals candidate for Orange, Kate Hazelton, witnessed the realisation of this major revamp. The project included 170 new seats, a beautifully refurbished
foyer, larger access doors and a fully repainted interior.

“The foyer sets the scene,” said Rick, “and when you walk in you get an appreciation of the results of how this money has delivered.”

“There is a true sense of ‘coming to the theatre’, of coming somewhere that is special,” said Deputy Mayor Barbara Newton, who was impressed with the comfort and the view of the stage from every seat in the house.

Barbara reiterated a point made by Parkes Musical & Dramatic Society member Christa Radley, that many regional centres import directors, designers and choreographers, but in Parkes this is all drawn from local talent, and so the talent here is being nurtured.

President of the Parkes M & D, Lyn Townsend, thanked Rick Colless, the Parkes Council, all previous presidents
and workers of the theatre saying: “We are continually striving to raise the bar.” Guests were treated to performances by Neil Westcott, James Whalan, and a quartet of children, before the official plaque was unveiled.