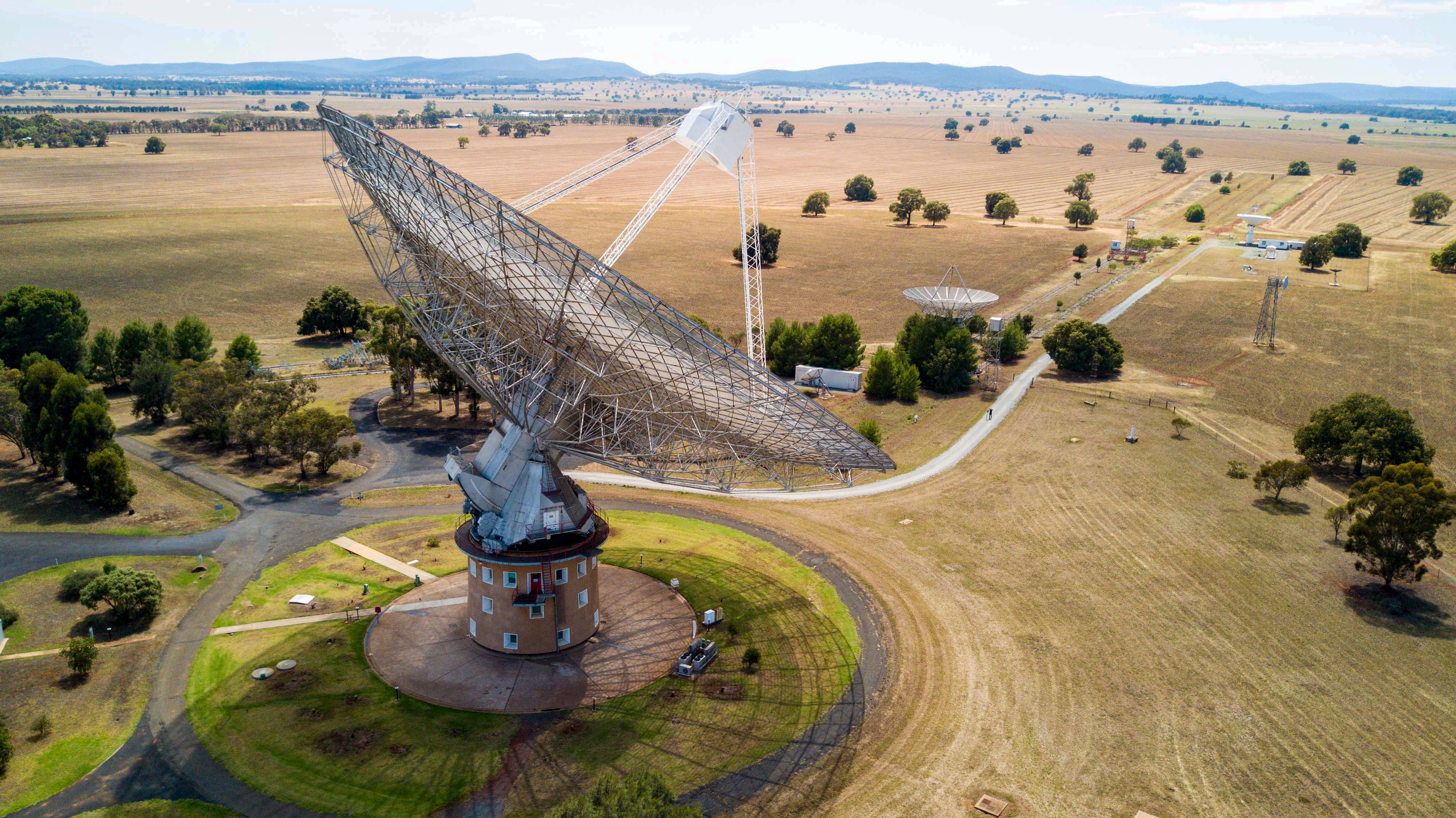 Think of Apollo 11 and you think of that famous first footstep on the Moon, watched by 600 million people around the world.

Getting that image to Earth took some doing. In 1969, Australia had more NASA tracking stations than any country except the USA. These included a 26-metre antenna at Honeysuckle Creek near Canberra that was purpose-built for the Apollo program.

The job of receiving Apollo 11’s TV signals from the Moon fell to NASA’s station at Goldstone, California, and in Australia at Honeysuckle Creek and Parkes, because they had the Moon in view at the scheduled time of the moonwalk.

Astronauts Neil Armstrong and Buzz Aldrin landed on the Moon at 6:17am AEST on Monday, 21st July.

By the time they opened the door of the lunar module, the Moon was just rising at Parkes. Aldrin flipped the switch on the TV camera and the broadcast began.

At first, NASA switched between signals from Goldstone and Honeysuckle Creek – the latter capturing the first footstep on the Moon.

Eight minutes and 51 seconds in, the signals from Parkes came through. These were so good NASA stayed with them for the rest of the two-and-a-half-hour broadcast, cementing Australia’s place in one of humanity’s greatest achievements.

Free open days at Parkes Observatory On 21st July, it will be 50 years since that first step onto another world. Celebrate the Apollo 11 Moon landing by heading to the Dish on Saturday, 20th and Sunday, 21st July, to:
• Take a rare tour of the world-famous telescope
• Discover the latest in Australian astronomy and space science
• Explore the brightest stars, planets and the Sun
• Have fun with science activities for kids, and more

On Saturday evening, watch the movie The Dish under the stars, introduced by actor Roy Billing who played the Mayor of Parkes in the film.
On Sunday, hear from special guest Adelaide- born NASA astronaut Dr Andrew Thomas and watch the original broadcast of the moonwalk as it happened from 12:56pm.