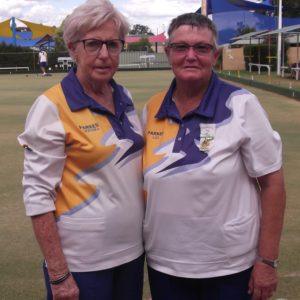 Rhona Went won the Parkes Women’s Bowling Club Singles this week. She played Liz Byrne in the final in a magnificently played game all the way with 24 -24 on the last end.

In other club news Parkes played Forbes this week in the No2 Pennants and won 37 – 30. The decider was played yesterday to determine the winner.

Next week Tuesday we will play a Scroungers competition with prizes to be won. The next Trading Table and Bring a Friend Day will be on 21st March. New players and visitors always welcome to play Tuesday mornings.