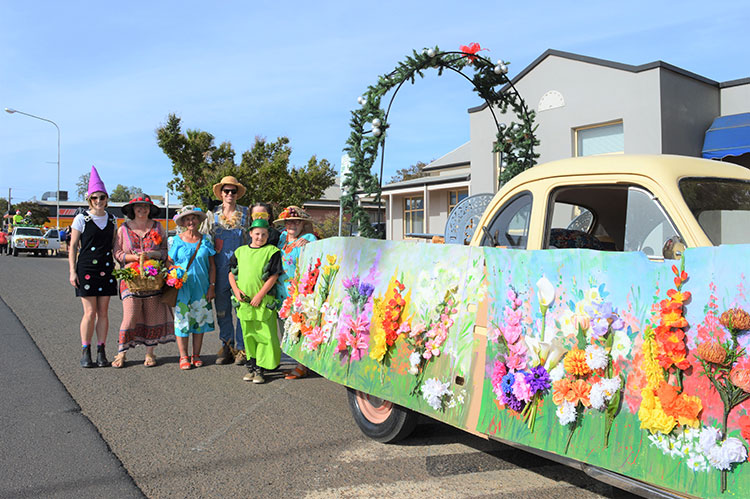 The Parkes Garden Club won the Community category for the best float.

A festive atmosphere spread over Parkes last Friday as more than 1,000 people attended the revamped Christmas Parade and Carnival in Cooke Park organised by the Action Club.

It was a fantastic night of enjoyment with 30 floats in the parade, more than 40 stalls in the park and non-stop entertainment on the stage.

Action Club President Bob Steel said that the support for the event with a focus on what was on offer locally was gratifying and exceeded expectations.

“We knew that showcasing what Parkes had to offer was what the people wanted and was shown by the support the Parade and Carnival received from the community,” he said.

Bob also thanked the sponsors of the event, Australian Mines Ltd and Inland Rail. The prizes for the floats went to Parkes East Public School, Parkes Garden Club and Parkes Toyota with each winning $300. Planning is already underway for next year’s event on 4th December.