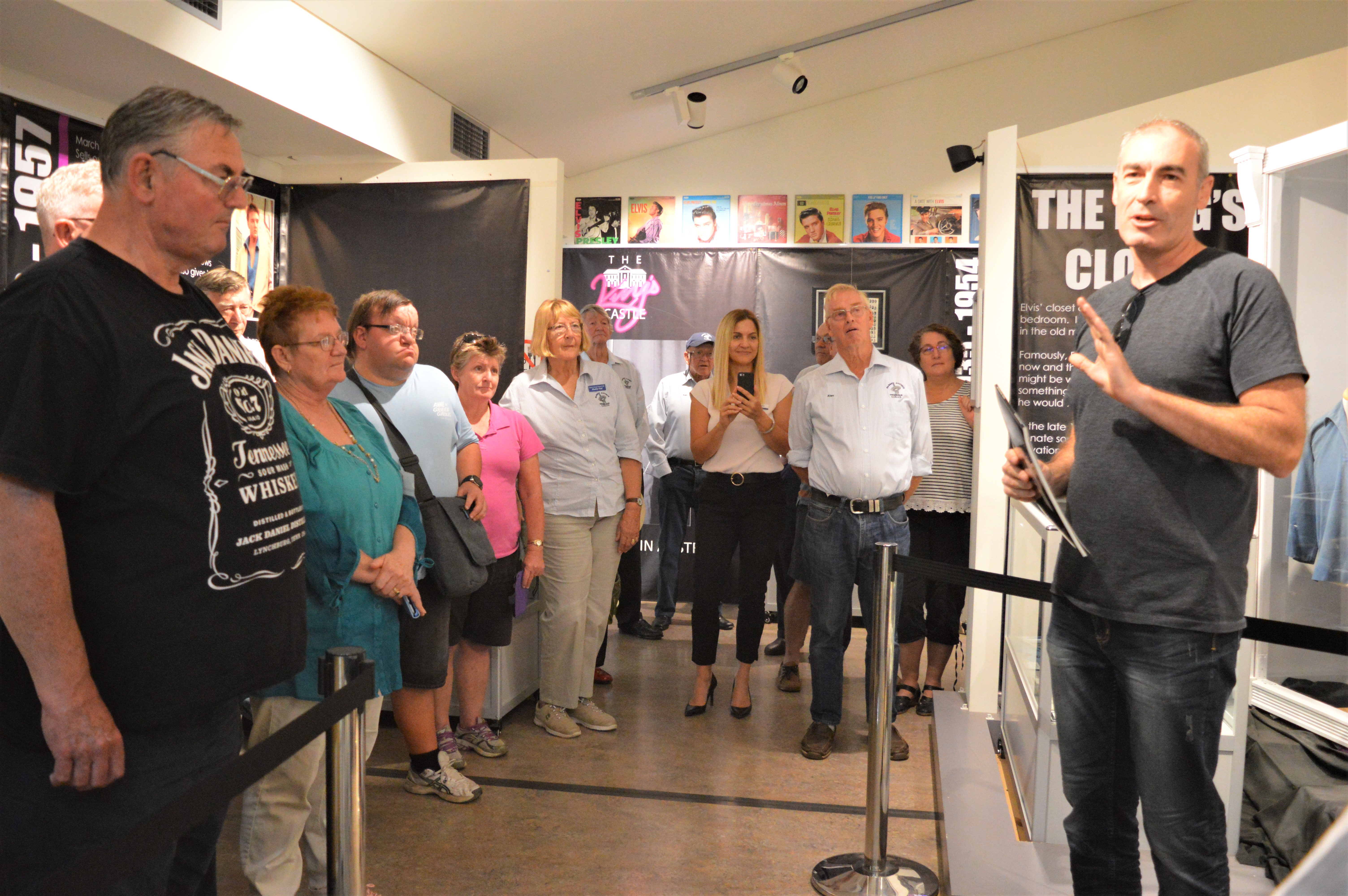 Greg Page, best known as the original Yellow Wiggle, was in Parkes last week to launch his book on his personal collection of Elvis memorabilia on show at the King’s Castle.

Greg’s book, co-authored by David BL Johnstone, is called Elvis His Story, His Treasures looks at many of the items and their stories in Greg’s collection.

“The book encapsulates my love for Elvis,” said Greg, who owns the fourth largest Elvis collection in the world. About 800 items of his collection are on display at the Kings Castle at the Parkes Visitors Information Centre. “It is an incredible story,” said Greg. “I somehow feel I’ve had part of it on display here helping to do his story justice.

We need to keep his story alive with the younger generation hopefully making a connection.”

Greg shared many stories as he took those attending the launch on a wander through the collection.

Stopping at a display cabinet with some clothes, Greg said: “Elvis was always giving things away. He had tonnes and tonnes of clothing and Mike McGregor, Elvis’s ranch hand mentioned he loved leather, and Elvis gave him the famous ’68 Comeback Special leather suit. Elvis was about to give it to RCA Records to cut it up for a promotion in 1972/3 when every record sold came with a swathe of Elvis clothing. “Thank goodness the suit was saved as it has become one of Elvis’s iconic outfits.”

Greg has great admiration for Elvis’s generosity and kind heartedness, and his spiritual journey interested him when he came across his collection of spiritual books, including a Capricorn horoscope for 1977. “Elvis always underlined passages that interested him.

He underlined a passage about the Capricorn man’s soul mate is a Gemini woman (Priscilla is one).” Greg gave the book to Priscilla. In the day to day horoscope in the same book, it stated on 15th August he would have a medical complaint that would need attention.

“Elvis went to the dentist on that day and it was the last thing he did before he passed away the next morning.”