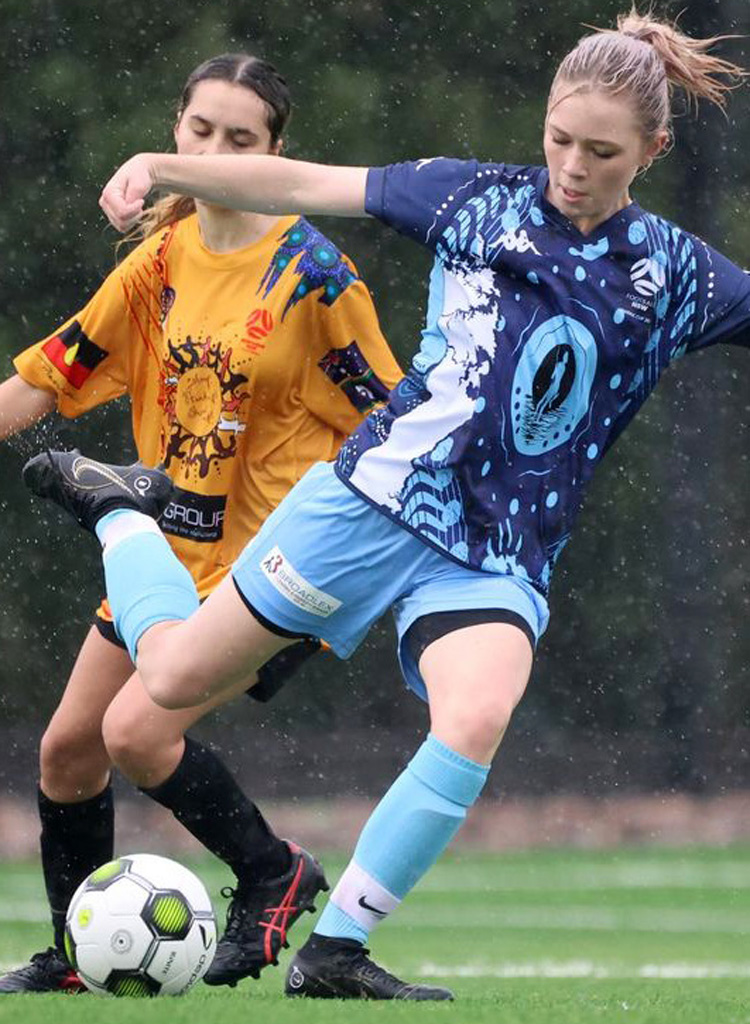 First Nations footballers took centre stage during NAIDOC Week last Wednesday when Northern NSW Football and Football NSW played each other on Awabakal land at Lake Macquarie Regional Football facility. The two regions selected one male and one female squad each with players aged between 14 and 16 to play each other.

“It was a great experience playing with such talented players from all over NSW,” said Makayla. “I have never really been able to play with such an experienced team. It was challenging playing on a synthetic pitch for the first time in the pouring rain as controlling the ball and staying on my feet was harder than expected due to the wet weather. All of it made it a fun experience!”

Makayla said she learned from the experience that she needed to put herself out there to be noticed. “I was very proud to have been selected in a team to represent the Women’s First Nations Football festival in Nowra.”

Football NSW’s Inclusion and Diversity Coordinator Annabel Meadley said it was an amazing experience for the players, and a memorable day recognising our First Nations people.

“The inaugural NAIDOC Cup went incredibly well. Although the rain was consistent throughout the day, it didn’t dampen the spirits of everyone involved. There was a sense of excitement in the air as the very first NAIDOC Cup got underway.