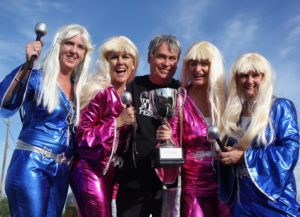 Trundle burst at its seams last weekend when about 6,000 people attended the sixth and largest ABBA Festival, including the Swedish Ambassador to Australia, Pär Ahlberger and his family.

“It was fantastic. Everywhere you looked you just saw happy, smiling people,” said co-founder of the festival, Gary Crowley. The pure pleasure people get from the festival is what really counts for Gary, and the fact that the towns’ businesses received a much-needed boost to its coffers. 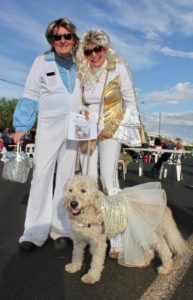 People came from all over Australia to experience huge hospitality offered by a small country town. According to Gary, the Swedish Ambassador was blown away by the friendliness. “He is no longer a stranger to Trundle, and joked that if ABBA would ever come to Australia again they should come to Trundle and not Sydney!”

Another highlight was the surprise birthday cake for the world’s number one ABBA tribute band, Bjorn Again, as they celebrated their 28th anniversary of their first performance on Saturday. “They had the whole crowd singing Happy Birthday to them,” said Gary. 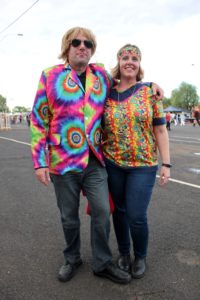 Cheered on by Parkes band, Amity, the record crowd from all over Australia and other parts of the world filled Trundle’s famous 60m wide main street swaying to Dancing Queen for the world record attempt thanking ABBA in their hearts for the music.