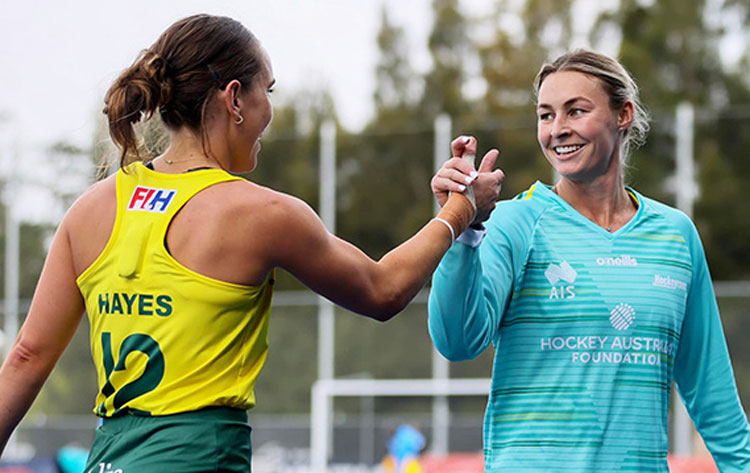 Parkes Hockey Star Mariah Williams scored a goal for Australia in the opening match of the Hockeyroos against Japan at the FIH Women’s World Cup in Spain. In her 98th international appearance Mariah struck in the 56th minute with her 19th goal to ensure a 2-0 victory over Japan after Rosie Malone scored another goal in the final minute.

On Wednesday Mariah played her 99th game against Belgium when the Hockeyroos again scored twice within 90 seconds to give them a 2-0 victory over Belgium and shot them to the top of Pool D.

They were back only 24 hours later for their final pool match against South Africa, with Mariah playing her 100th international game! Results of this game were not available yet at the time of going to print.