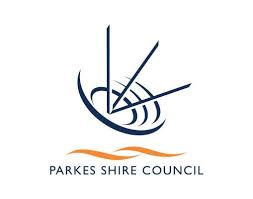 The Australian Federal Election was held on Saturday 2 July with Riverina voters returning Nationals MP Michael McCormack for a third successive term in Parliament. We congratulate Mr McCormack and look forward to working with him to foster development and growth now that the Parkes Shire is part of the Riverina electorate.

Congratulations to local Parkes athlete Mariah Williams who will realise her Olympic dream after being selected in the Australian Women’s Hockeyroo’s team for 2016 Rio Olympic Games. Mariah will be Parkes’ second hockey Olympic (player) representative and Parkes’ first ever female hockey Olympian. Parkes Hockey will have a strong representation at the Rio Games with Stephen Davies and Ben Bishop appointed as Assistant Coach of the Hockeyroo’s and Kookaburra’s respectively.

Parkes will have four representatives at the Games, including Scott Westcott who will be competing in the marathon at Rio. It is truly remarkable for a regional shire to have such a strong representation at one Olympics and is testament to the strong sporting culture of the Shire.

I encourage all residents to stop by the new Council information hub in Clarinda Street at the former CBA building. The information hub provides information about events, Council’s programs and projects as well as what’s happening within the Shire. Drive carefully in the wet weather, and enjoy a happy and safe weekend.