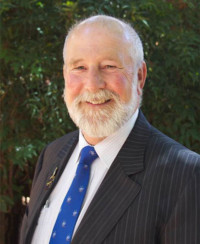 Mayors from councils across the country have demanded swift action to tackle climate change from the Federal Government.

Lord Mayor of Sydney Clover Moore said local governments around Australia and the world had been leading on climate action for decades, however their efforts were increasingly stifled by the shocking inaction of their state and federal governments.

“By stoking fear and ignoring the science, our federal parliamentarians are distracting voters from the inarguable truth – that without urgent, coordinated, and global action to reduce emissions and shift to renewable energy, we will trigger runaway climate change.”

“Mayors are making a stand to demand that Federal leaders commit to meaningful action on climate change – and that means switching to renewable energy and ending subsidies for the dirty coal and gas industries that are putting our communities at risk of serious climate damage.”