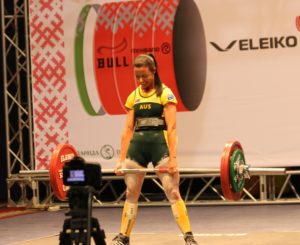 Former Parkes local Megan Hinchley competed at the 2017 World Powerlifting Championships in Minsk Belarus last month and was placed 10th in the world in her class. Weighing just 51.46kg, Megan went on to squat 122.5kg, bench press 67.5kg and deadlift 147.5kg, placing her 10th in the 52kg weight class. This was Megan’s fourth international level competition, competing for Australia and her second world championships. Her next focus is the Australian Championships in Melbourne in October.