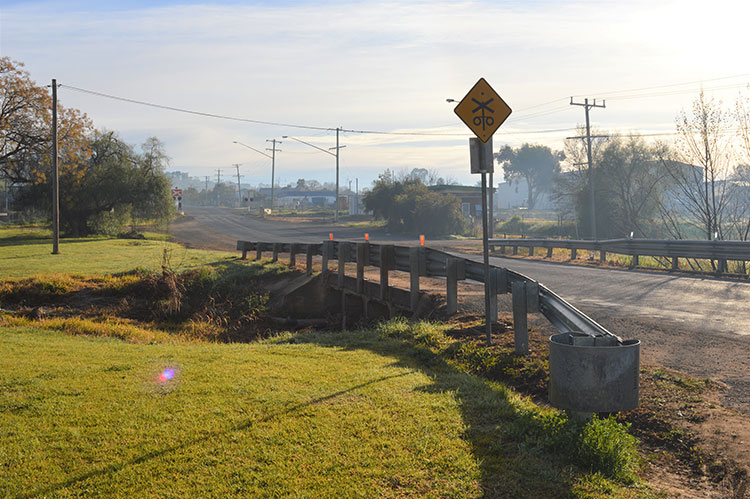 The condition of East Street where it crosses the railway line and creek has deteriorated vastly over recent years, but not for much longer. The Parkes Shire received a cash injection of over $3.5 million for the rehabilitation of East Street and to upgrade and seal Cookamidgera Road.

The scope of the East Street project of $2.2 million includes a new bridge and culvert structure, replacing failing units, formalising a drainage channel to improve flow conditions, kerbs and gutters to improve drainage, widening of the narrow pavement and rehabilitation, and relocation of four water mains and sewer main.

“I know regional and rural residents rely on roads much more than our city counterparts, which is why I took our fight to the Cabinet table to deliver for residents in the Parkes Shire,” said Riverina MP, Deputy Prime Minister and Minister for Infrastructure, Transport and Regional Development Michael McCormack.

“Parkes Council submitted a shortlist of projects which they deemed as shovel ready and from there I have worked tirelessly in my role as Minister for Infrastructure, Transport and Regional Development along with NSW Minister for Regional Transport and Roads Paul Toole to ensure our regional roads receive the funding they deserve.”

NSW Nationals Upper House MP Sam Farraway said: “We’re turbocharging this funding to ensure we create jobs and create better journeys on the roads that really matter to local communities, in what has been a difficult period for all.”