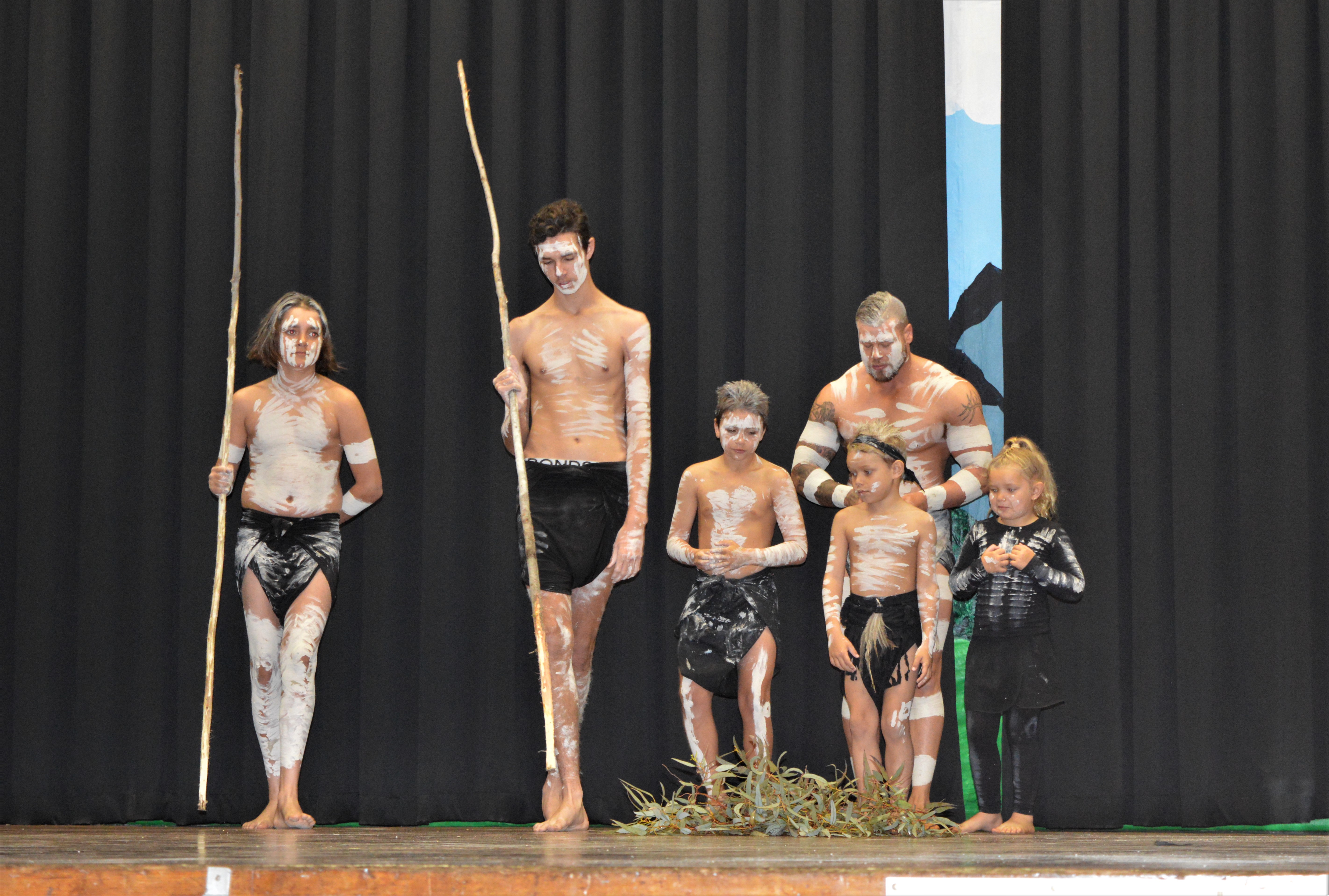 A crowd gathered to celebrate NAIDOC Day on Monday, despite the rainy weather which prompted the change of venue from Cooke Park to the Parkes High School Hall. The acronym, NAIDOC, comes from the original committee which organised the national activities during NAIDOC week, the ‘National Aborigines and Islanders Day Observance Committee’. Each year a different theme is chosen to highlight important issues for the week, with this year’s theme being Voice, Treaty, Truth.

This year’s theme promotes the three key elements to the reforms set out in the Uluru Statement from the Heart, and it emphasises that Aboriginal and Torres Strait Islander peoples have always wanted an enhanced role in decision-making in Australia’s democracy.

This theme was prominent in Monday’s program of speakers and activities, including performances by the Galumaay & River Spirit Dance Groups, and two aboriginal youths sharing their truth about the challenge of being accepted by Aboriginals and non-Aboriginals due to the lighter colour of their skin.

The NAIDOC Awards were also presented, recognising an Indigenous Australian who makes outstanding contributions to others in their community and beyond.