Last Wednesday was a night to remember for footy fans in Parkes with an international game played in our backyard.

A record four Parkes Spacemen players were included in the Western representative team against the French Rugby League side.

It was a very tight game towards the end with the Chanticleers just beating the Western Rams 22 – 20 in front of a packed crowd at the Jock Colley Field. The local Spacemen players included in the Western Rams team were Sam Dwyer, Chad Porter, Jordo Pope and Brandon Tago. 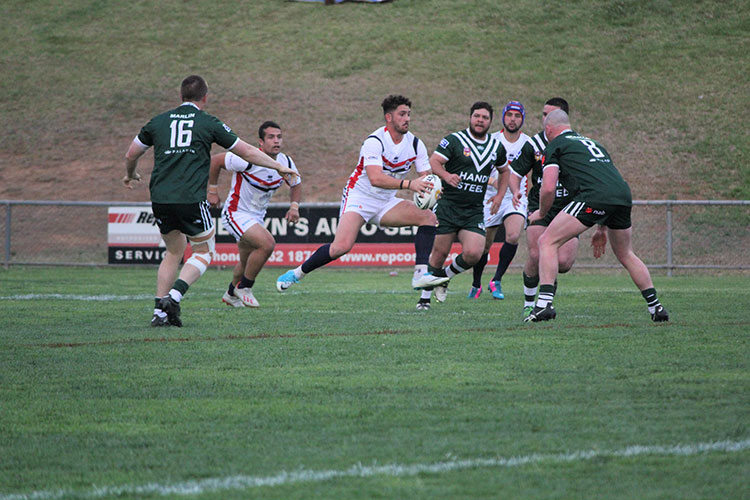 Action from the game between the Western Rams and the Chanticleers.

Peter McDonald, Western Rams Rugby League Chairman said the fixture provided the country boys of the Western region a cherished opportunity to test their mettle against their international counterparts.

“To Chaddy, Sammy, Tago and Jordo, Ethan and the rest of the Rams boys, you made a whole region proud and gave many young kids something to dream about,” the

Parkes Spacemen committee said afterwards. “To play such a huge match in our back yard, and give a team loaded with professionals such a great game demonstrates the talent our region is producing.”

The Spacemen also thanked the people of Parkes and surrounds for making the event what it was. “A brilliant crowd for Wednesday night footy – it was a pleasure to host and something we’ll all remember.” 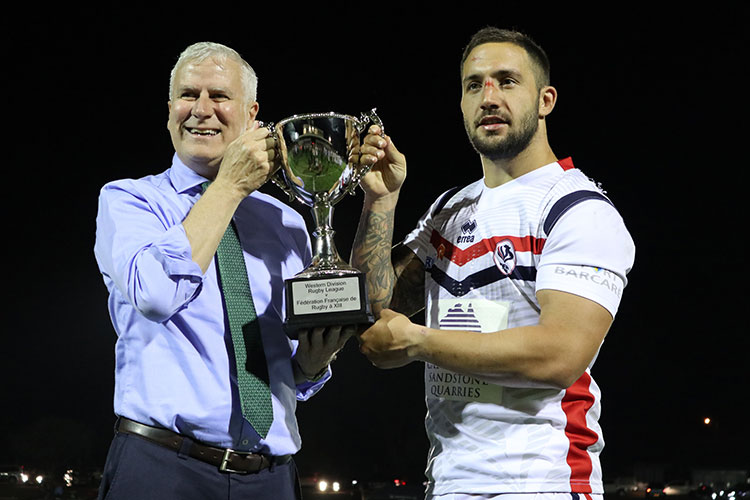 Deputy Prime Minister Michael McCormack was in Parkes on Wednesday to hand over the winning trophy to the French captain Romain Navarrete. (Photo: Dan Fredericks)

Every major rugby league playing nation have played games in Parkes over the past decades. Great Britain played here in 1928, 1936 and 1966, and New Zealand in 1963.