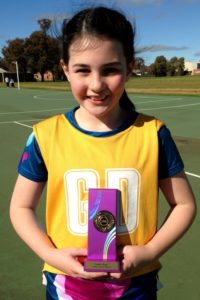 Only a few more round games to go before we start the finals. It was good to see some great netball played in the sunshine last weekend. The Parkes Netball committee has decided to hold a round robin on the last round game on Saturday, 20th August.

It was great to see a warmer day for our Net-Set-Go girls. We got to play our first game of netball. It was great to see some fantastic ball and foot skills. Unfortunately Reece and Vanessa will be away this Saturday, however we have arranged for rep players and other helpers to assist, and if parents wish to help out this would be greatly appreciated.