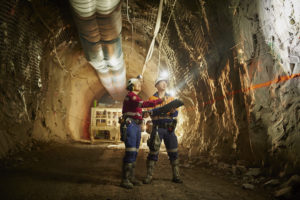 Northparkes Mines started the year with good news announcing the approval of a new block cave mine with an investment of more than $200 million and creating 180 new jobs. Construction of the three-and-half year project will start this month with full production expected in mid-2022 delivering approximately 40Mt of ore over a 10-year
period.

China Molybdenum Company (CMOC) and Sumitomo made the announcement saying the new block cave mine, called E26 Lift 1 North (E26L1N), will be an 11km underground development including an underground primary crusher, conveying systems and associated infrastructure.

The 180 people employed at the peak of construction will be a mixture of employees and contractors. “We are really excited to see this project come to fruition and to watch Northparkes continue to develop and grow,” said Executive
Chairman and CEO, CMOC Group, Steele Li.

The project, covered by the current project approvals, licences and permits, will see an upgrade to the ventilation system to provide the new mine with sufficient air flow for development and production activities. The E26L1N operation will be designed to utilise an increased level of automation and digitisation, helping to deliver a safer and more productive mine.

Northparkes Acting Managing Director Hubert Lehman said: “Northparkes is the world’s most automated underground block-cave mine. This is a major investment in the future. The mine has been operating for 24 years and we have a vision of a century of mining and continuing to contribute to the local community.”