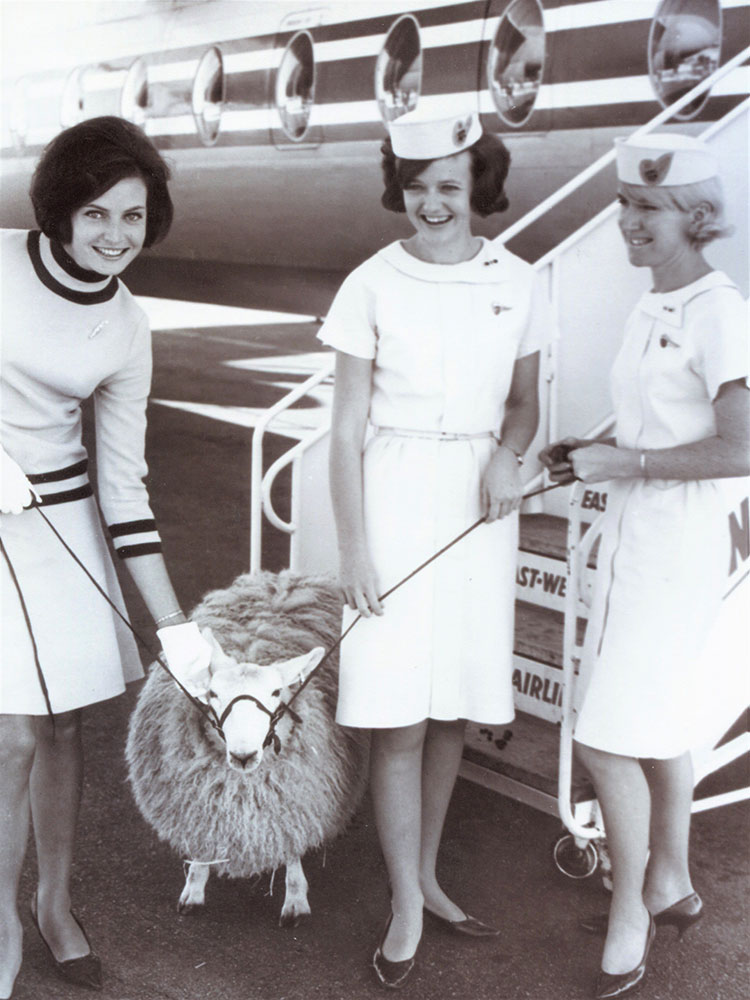 Miss Parkes 1966 Showgirl, Kathleen Fewchuk (nee Westcott) at the airport returning home to Parkes after her participation in Sydney.

The showgirl competition is synonymous with agricultural shows, and the Royal Agricultural Society of NSW (RAS) has decided to revamp the program as part of its commitment to the future. With the program’s 60th celebration next year, it will be known as The Sydney Royal Young Woman of the Year to better reflect the spirit of the program in honouring young rural women and ensure the relevance of the competition.

The Sydney Royal Young Woman of the Year Award will apply to the state competition held annually at the Sydney Royal Easter Show, and RAS hopes to see this change adopted at the local and Zone levels of the program.

RAS Showgirl Councillor Susan Wakeford said the refreshed program and new title would continue to foster and encourage the fundamental building blocks of the competition through involvement in local shows and communities whilst also resonating better with younger generations.

“Over the decades, the Sydney Royal Showgirl competition, thanks to ongoing support from The Land newspaper, has brought together thousands of young women and offered the opportunity for them to represent their local community, show society and industry, providing a platform to develop themselves personally, professionally, and as future leaders,” Susan said.

The professional development program, which encourages women to become leaders within their local community and rural NSW, has seen a decline in entries over the past 20 years, and the RAS hopes the new name will encourage more women to enter.

“At a local level, we already have some show societies making small changes to attract more entries. As guardians of the state competition, it is our responsibility to listen to those voices and drive positive change that will ensure the program’s future,” Susan said.

To learn about the history of the Sydney Royal Young Woman of the Year, visit the RAS website.