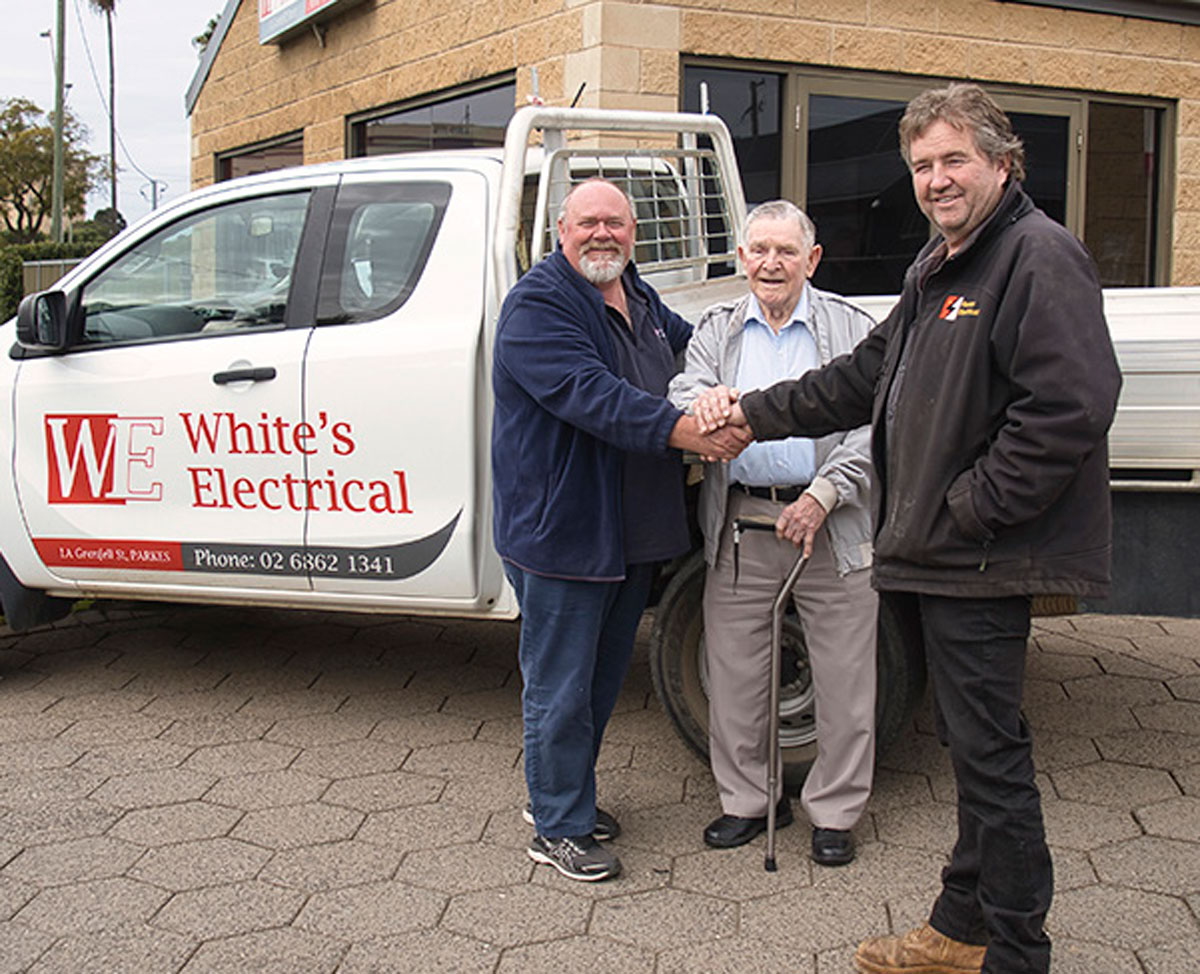 The change of ownership of White’s Electrical from March Ralph (left) to Ken Van Dyke (right) last week was a historic moment with the original owner Bill White in attendance to give the transfer of ownership his seal of approval. (Photo: Les Finn)

In its 55 years operating as a business White’s Electrical changed ownership for a third time last week.

Bill and Isabelle White started WJ White Electrics in 1967 when they moved to Parkes from Nyngan. On 1st December 2003 Marc and Deeon Ralph took over when Bill and Isabelle retired, and last week Ken van Dyke became the third owner.

Ken, who also owns Parkes Electrical, will be keeping the name as he feels it is a well-known and respected business name in the community. Marc decided to sell the business when he was diagnosed with Parkinson’s as “I wanted to enjoy some quality of life,” he said.

Looking back over the 18.5 years at White’s Electrical he said his fondest memories were of the 20 apprentices that the business trained during that time. “We were like a training centre and gave a lot of young people a good start in life.” He said a total of 53 employees worked at the business during his time there.

Five staff members will be transferring to the new owner including Anna Isbester who has been with the business for 18 years. “She would be a great help to the new owner,” said Marc.

Another long serving employee Bev Finn has taken to opportunity to retire with the departure of Marc and Deeon.