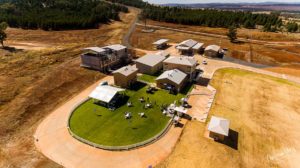 The Parkes Shire Council’s ambitious and vast capital works project is being recognised for its excellence by successfully progressing to the final round of judging in two prestigious engineering award categories.

The council has two nominations in the Australian Engineering Excellence Awards and three nominations in the Institute of Public Engineering Australasia awards for its $100m Integrated Water Infrastructure Renewal Program that resulted in a complete overhaul of the town’s entire urban water management network.

The new Water Treatment Plant and the new Sewage Treatment Plant were open to the public in March this year after completion. The treatment plants provide a number of flow-on benefits to the community, including improved water and wastewater treatment, minimised operational costs, and enhanced environmental benefits.

The awards are currently being assessed and winners will be announced later in the year.