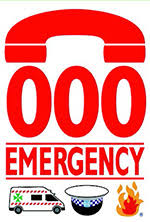 We all know we can call the 000 number for help in any emergency, and over 2 million people each year make that call. If you would like to give credit to and recognise the selfless and inspiring efforts of emergency services workers and volunteers, nominations are now open for the Rotary Emergency Services Community Awards.

“For much of the time these unsung heroes go about the business of dealing with a range of emergencies. And while we can’t live without them there aren’t too many opportunities to recognise them publicly,” said CEO of First State Super, Deanne Stewart who supports the awards.

Anyone wishing to nominate an emergency services worker for these awards can do so at: https://resca.awardsplatform.com/

Nominations close on 1st May with finalists announced at Parliament House on 19th June, and the winners recognised at a gala dinner on 3rd August.