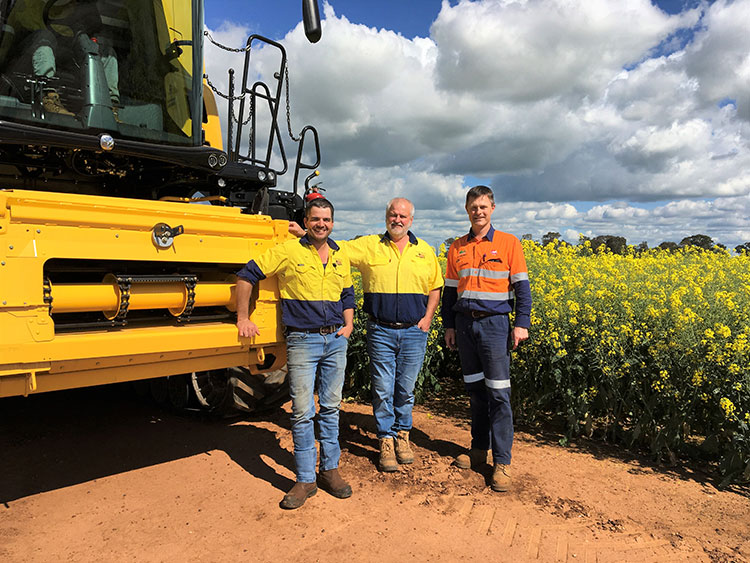 For the past 20 years the CMOC-Northparkes Mines have successfully managed a farming operation built on innovation.

Northparkes has not only received recognition for being a progressive farmer, but is also a reputed leader in innovation in mining.

“In 2019, we opted to place our farming operations into long fallow for the 2019 winter cropping season. This decision was based on the onset of the drought conditions and the poor rainfall outlook for the year ahead. Following this decision, we conducted an analysis of our current farming arrangements model to identify other opportunities,” said Hubert.

As a result, Northparkes made the decision to pursue a share farming model that would allow them to focus their resources on core business, including the execution of key major capital projects, while still maintaining a farming presence in the community and continuing sustainable farming practices.

Last year also saw the end of the Goodsell Group’s long-term association with Northparkes as their contract concluded in December 2019. Goodsell’s have provided an exceptional service to the Northparkes farming operations since its inception in 1997.

This 23-year partnership saw the introduction of many new farming techniques to the district. “I would like to take this opportunity to publicly acknowledge Scott, Janelle and their team and wish them well with their future endeavours,” said Hubert.

“I am pleased to announce that the Wright Family Partnership has officially signed a contract to enter into a share farm arrangement with us,” Hubert said. The contract includes the continuation of conservation farming techniques that Northparkes have been modelling their farming enterprise on. The contract will run for two years with the option of a third year. “We are really looking forward to working with the Wright Family Partnership to ensure we are able to continue being a proud miner and farmer,” Hubert said.