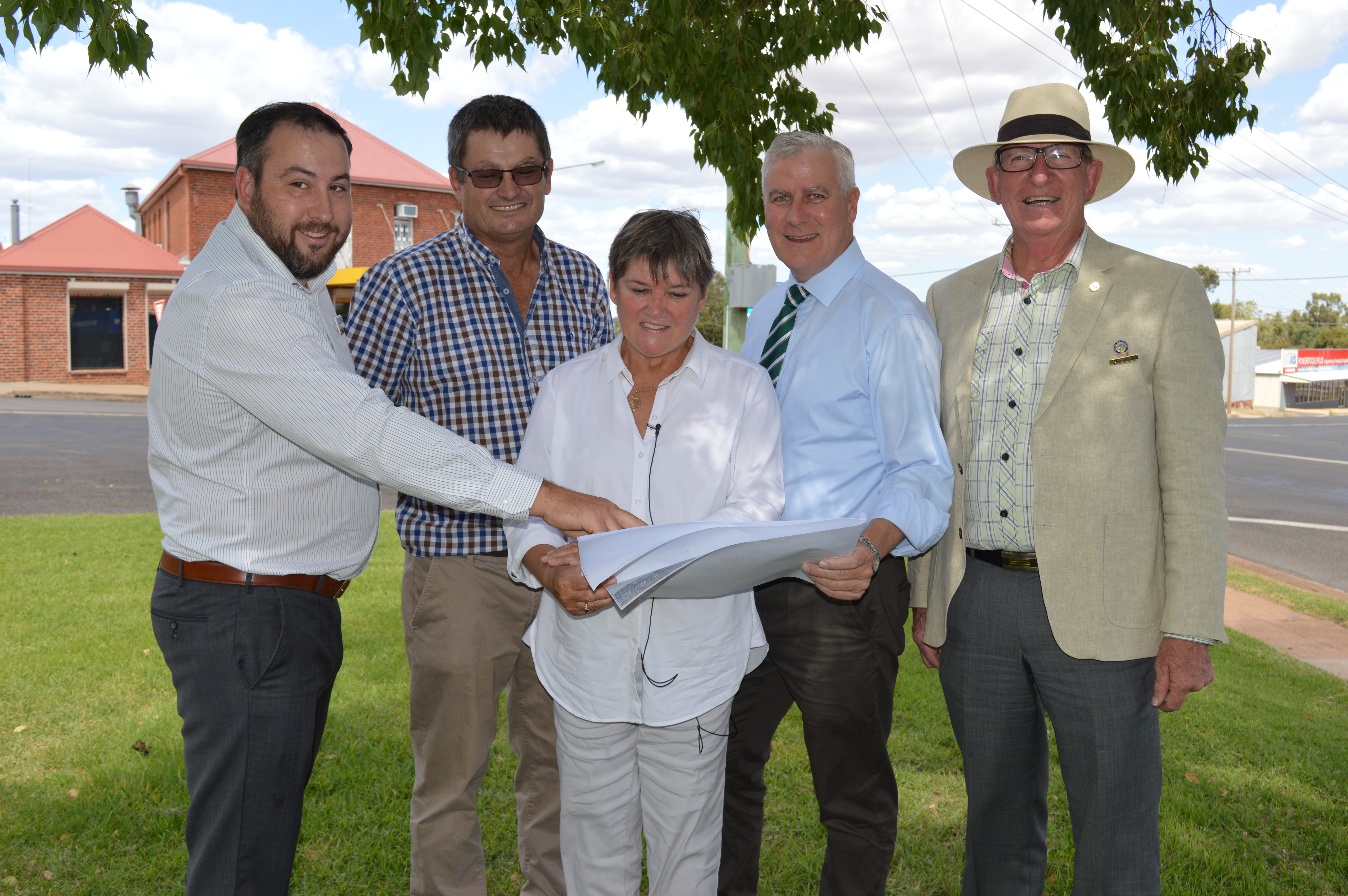 notoriously difficult intersection in Parkes will be made safer through a Federal Government grant of over $100,000.
Riverina MP, Deputy Prime Minister and Minister for Infrastructure and Transport Michael McCormack announced a $102,000 grant for the Clarinda and Currajong Street intersection through the 2019-20 Black Spot.

The funding would go towards creating pedestrian refuges on either side of Clarinda Street, better ramp access, better footpaths, new line markings and improving street lighting.

“This intersection will be much safer to navigate,” said the Deputy Prime Minister at the site on Sunday. Parkes Deputy Mayor Barbara Newton said Council was delighted with the funding.

“We’ve been calling for the money for about 12 months, and plan to start with the improvements as soon as possible.”

She said the improvements would make the intersection much easier to navigate, especially during harvest time, and that it would tie in with the planned upgrade of the main street in Parkes.

According to Michael the Parkes community’s input is critical to identifying key black spots in the electorate. “None of these projects would be delivered without the local community’s vital input and I’d urge and encourage all residents and motorists in the Riverina and Central West to nominate projects for future funding rounds,” he said.