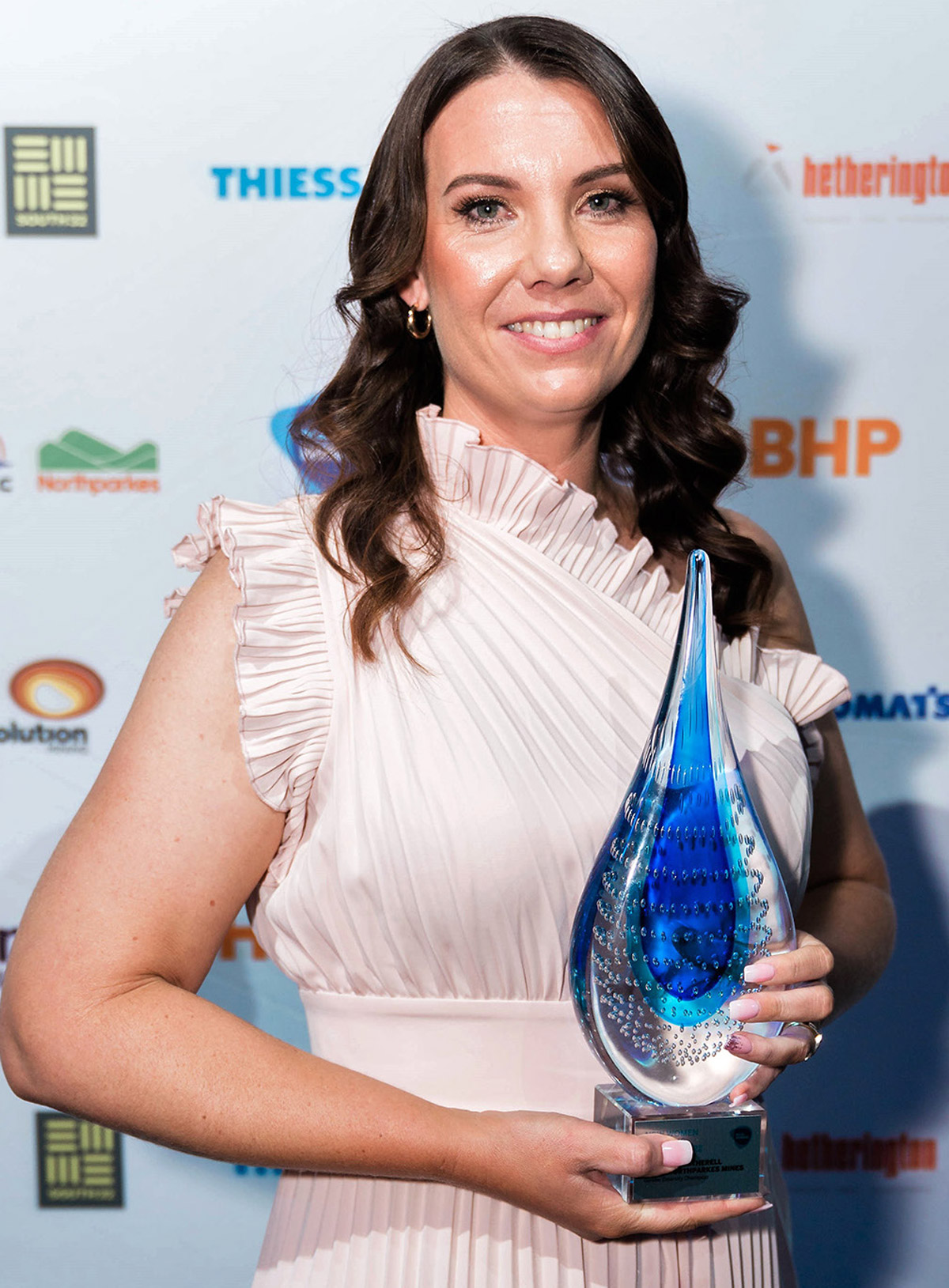 A CMOC-Northparkes Mines employee has been recognised for her innovative program on parental leave by winning a prestigious mining award last week in Sydney.

The NSW Women in Mining Awards recognise and celebrate the achievements of leading women in the NSW mining industry with awards in five categories.

Michelle won the award for her work in overseeing the introduction of the company’s parental leave program which resulted in a 100% return to work rate. Michelle has championed more flexible work-life-balance for all employees, including overseeing the first job-share arrangement in an operational role.

Since taking on the superintendent role in 2017, she has played a significant role in developing championing initiatives supporting a diverse and inclusive workforce.

Michelle is also the Northparkes representative on the Parkes Domestic Violence Committee and led the work that resulted in Northparkes attaining White Ribbon accreditation in 2016.

In 2020, Michelle led work and rolled out an update to employee performance descriptors that recognises and rewards employees and leaders at all levels who lead with increased care and support initiatives to create diverse and equitable teams.

Winners will go on to represent NSW at the Women in Resources National Awards, hosted by the Minerals Council Australia in Canberra later in the year.