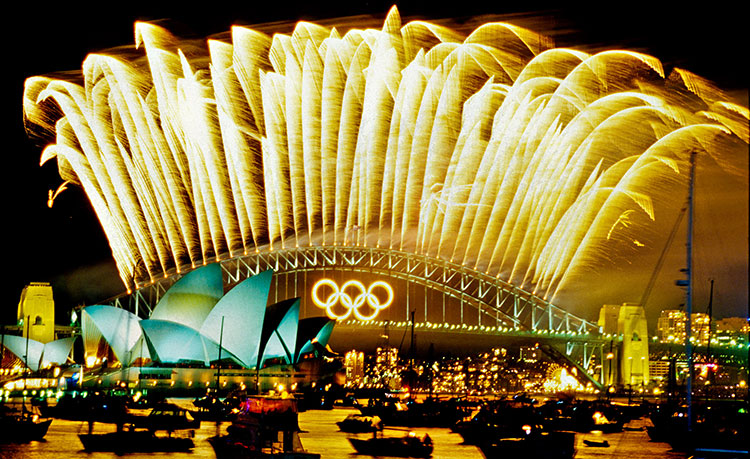 GOLDEN GAMES… The closing ceremony of the 2000 Sydney Olympic Games took place on 1st October 2000 in Stadium Australia with a fireworks display over the Sydney Harbour. (Photo: theloop.com.au)

Twenty years ago Sydney hosted the biggest sporting event ever held in Australia and Parkes created unique memories to be included in this exciting part of the country’s history.

Not only did the Olympic torch come through our town with the late Parkes Mayor Robert Wilson taking it on top of the Parkes Radio Telescope, and local hockey hero Stephen Davies represented Australia at his third Olympics, but IBM also broadcast an advertisement worldwide about Parkes and Stephen.

Stephen, who was known as the Maradona of hockey, scored for the Kookaburra team when they won the bronze medal. With three Olympic medals in his pocket, he announced his retirement after the Sydney Olympics having played more than 274 games in green and gold and scoring 140 goals.

Two decades later people all over the country have dug up their photos and memorabilia to revel once again in this universally uplifting event and share their glowing memories.

“I’m sure it’s one of Parkes Shire’s favourite memories how the Olympic Torch galvanised the whole community from schools, sports clubs, service groups and the general public,” said Helen Magill, who was one of the torch bearers. 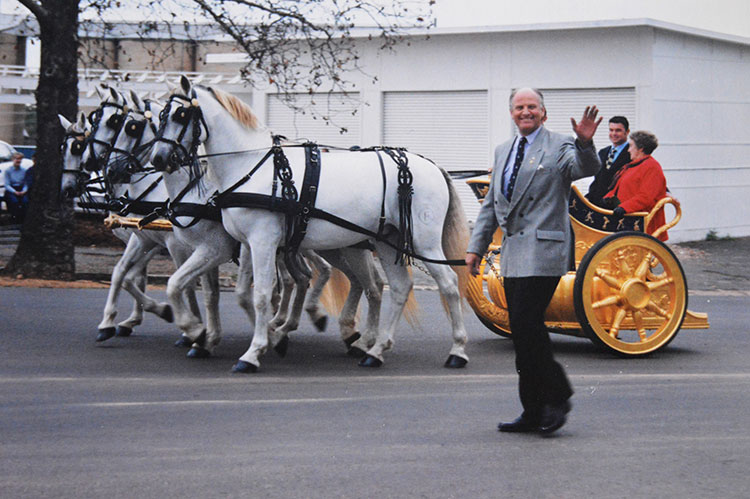 The golden chariot made by Jim Frecklington (front) with hockey hero Stephen Davies and Parkes resident Betty Muzyczuk riding in the chariot at the front of the Olympic torch procession.

Council’s promotions officer at the time, Michael Greenwood said as Parkes was lucky enough to get an overnight stop for the torch, it was decided to do something different. “We organised a procession with 35 different floats each representing an Olympic sport with Stephen Davies leading it in a chariot, just ten days before the start of the Games.”

Michael said Olympic organisers in Sydney said the event at Parkes was one of the most innovative in the whole country. According to Michael, Parkes was also the only town where the torch was handed over between twins with Ken Keith (current Mayor) handing it to his brother Tim, the town crier.

Parkes’ iconic radio telescope provided another unique opportunity and footage of the Mayor with the torch on The Dish went around the world.

That was exactly the focus of the famous IBM advertisement – two Parkes icons: Stephen Davies and The Dish that again splashed the name of Parkes around the world.

“The American film crew came for a week and had their every need looked after. We even closed the main street for them to film,” Michael recalled.

Memorable moments included the horse that went into a café and filming Stephen bouncing a ball on his hockey stick as the sun came up at The Dish. “When I saw the ad for the first time on TV, I nearly dropped my beer. It was so good!”

After all the excitement of filming the ad and hosting the torch relay, Michael and his family were lucky to watch three hockey matches at the Games in Sydney. “There were a lot of Parkes people there and it was great to feel part of it.”

Although Helen could not get any tickets, she still has very fond memories of the torch relay.

“I was so proud to be representing my community and even though we were far away from Sydney, the torch relay was our piece of the Olympics and we felt like we had contributed to the Games. I’d have to say it’s been one of the highlights of my life.”