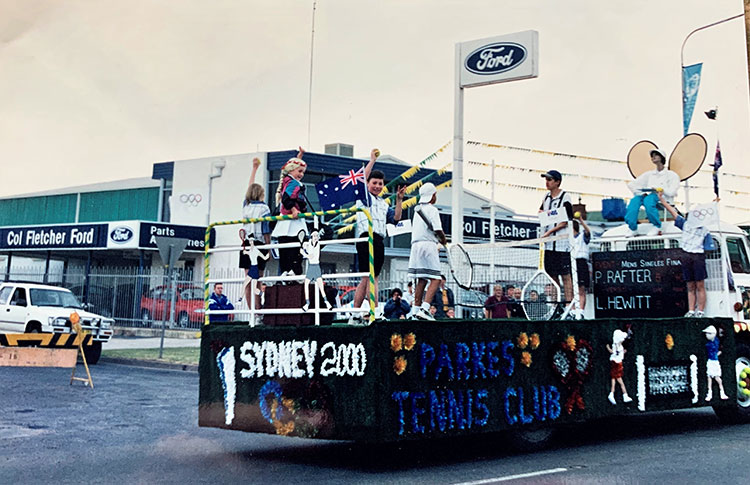 All the sports clubs were asked to make a float for the 2000 Olympics. The tennis club float stood out with all the writing and pictures on the sides made from crepe paper flowers. 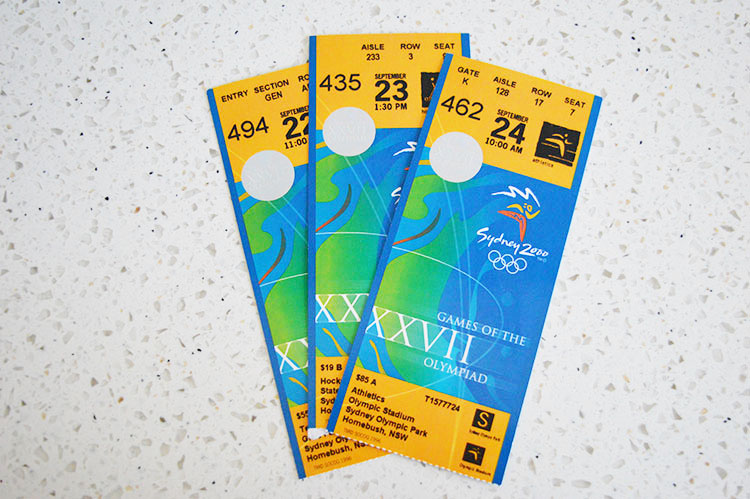 Bob and Bev Bokyar kept their tickets and some other memorabilia from the Games. 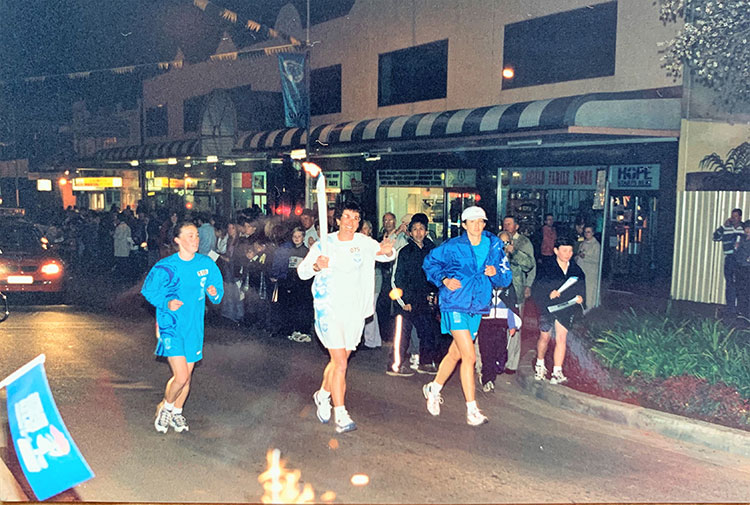 Helen Magill with the Olympic torch near the Star Hotel. She recalls ‘running ever so slowly because I didn’t want it to end…’ 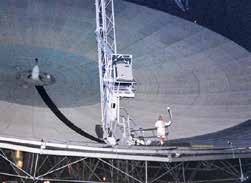 Mayor Robert Wilson on The Dish with the Olympic torch.