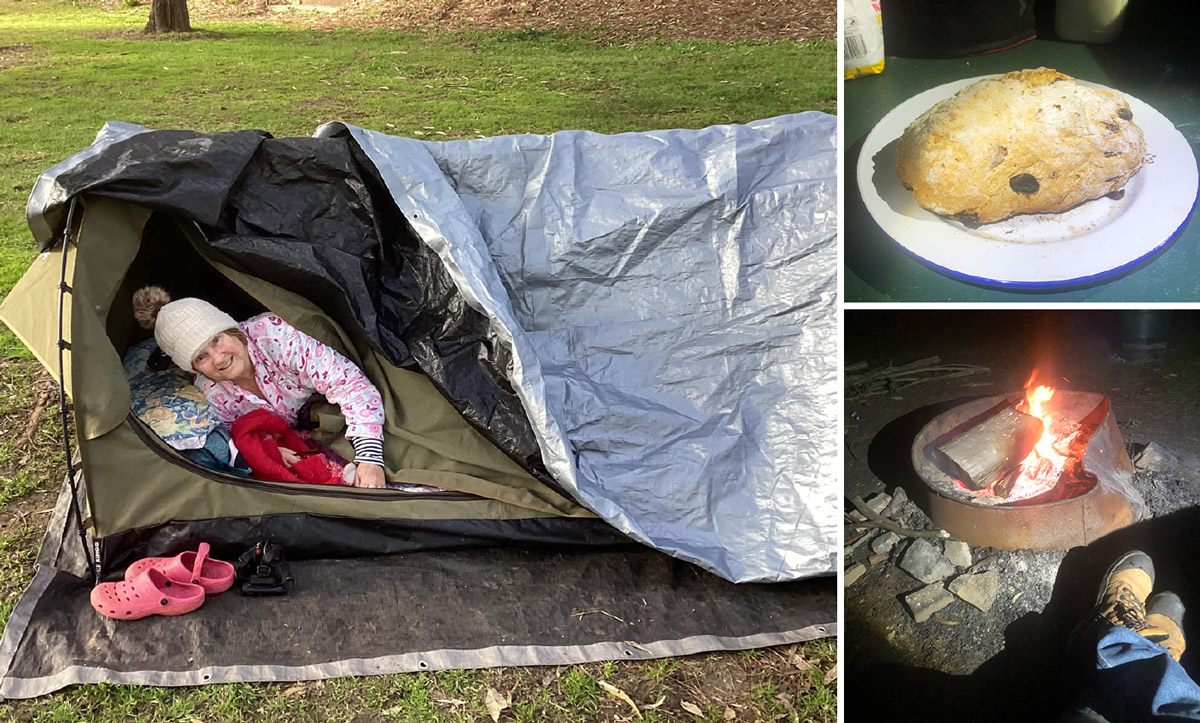 ‘CHILLING’… Judy Shore in the tent they pitched at Jemalong Weir for their sleep-out last weekend. Inserts: The Fireball damper made by Robert proved a winner against the cold, the fire not so much!

There are many fun ways to raise money for charity, but last weekend Robert and Judy Shore chose to spend a cold night outside sleeping at the Jemalong Weir near Forbes.

As members of the Parkes Rotary Club, they were part of the Australia wide #offthegrid Challenge asking participants to spend 24 hours without electricity or electronic devices sleeping out to raise money for Shelterbox.

“It was a reasonably warm day, but still very cold at the weir,” said Robert. “Once we were in our swags, we were nice and warm. We had a fire earlier but the green wood didn’t put out much heat. I cooked a Fireball damper (with whiskey) and that seemed to take the edge off the cold!”

He said a few Rotarians from Parkes drove out to enjoy afternoon tea with them. “We really appreciated their support.”

Shelterbox provides emergency shelter for people who have been made homeless due to natural disasters or military conflict. The charity started 20 years ago in England but quickly grew to become an international Rotary project. A green box, provided by Shelterbox contains a family tent, cooking gear, eating equipment, tools, blankets, water purifying containers and a solar light to support a family who have been made homeless in a disaster.

So far, Robert and Judy have raised over $1,200. It is not too late to donate, simply search #offthegrid.raisely.com to sponsor them.