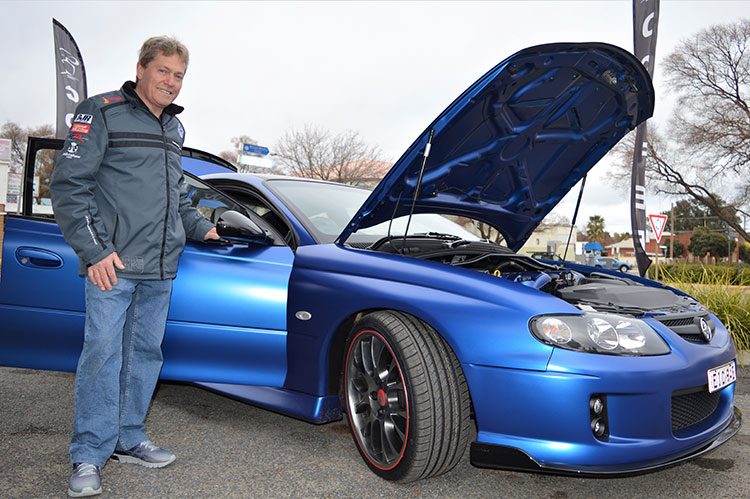 TRUE BLUE… No one else has a car like this. Dave Littlewood’s name was picked from half a million entries as the winner of the custom-build V2 Holden Monaro.

A Parkes resident is the envy of thousands of Holden lovers in Australia after he became the very proud and happy owner of a unique custom-build Monaro.

Dave Littlewood of Littlewood Smash Repairs was picked from half a million entries as the winner of Project Monaro, an exciting custom-build of an iconic VZ Holden Monaro. Tipping the scales of this amazing win was being handed the keys in person by V8 Supercar Driver Craig Lowndes in Sydney last week. 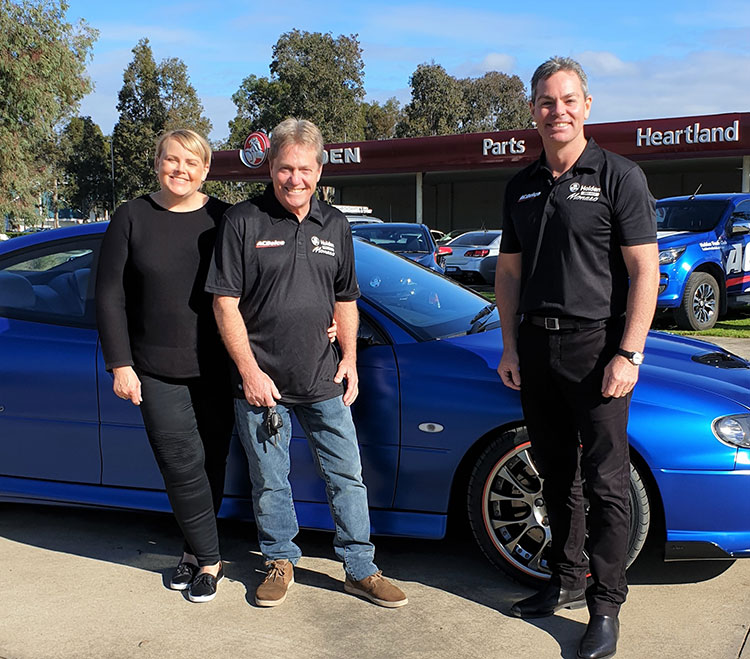 Cathy Littlewood is just as excited as her husband Dave about the unique Monaro. Here they are in Sydney receiving the keys from V8 Supercar Driver Craig Lowndes (right).

“It was pretty cool meeting such a legend,” said Dave. He had a good chat with the seven-time Bathurst 1000 winner about the car. Craig is the front man for Holden and presented a series of videos about the rebuild of the Monaro watched by close to a million people.

Although Dave’s business had a good number of entries in the competition, he never ever imagined he could be the winner. “When I received the phone call I was very sceptical and thought it was a prank.” It was only when he received the email from Holden, that he was convinced it was for real.

“I’ve been driving Holden for 30 years, and to be the owner of this one of a kind Monaro is just unbelievable.”

After picking up the Monaro at Heartland Holden in Penrith last Monday, he did not want to risk driving it back to Parkes and put it on a trailer. “It was straight back to work and getting home after dark every day.” 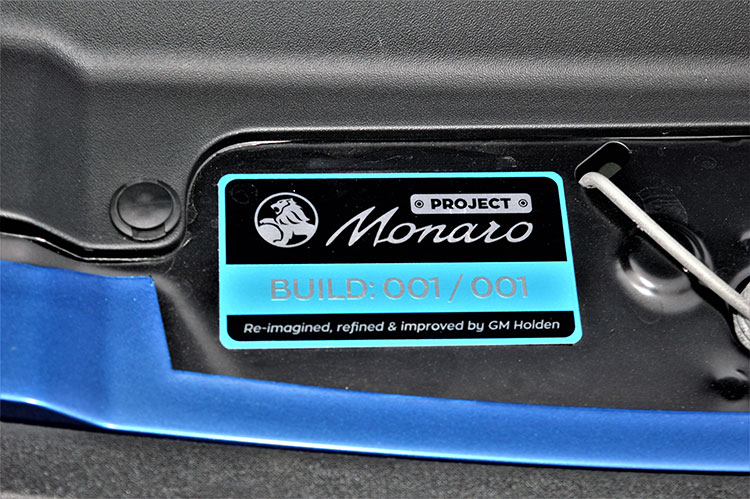 One out of one – a plate under the engine cap shows how special this car is.

The first opportunity he actually had to take it for a drive was last Saturday before he put it on display at Wholesome Blend for the public to see. “It felt so good taking it out on the open road. So powerful, just amazing,” said Dave with a twinkle in his eye.

For those who did not get a glimpse of it last Saturday, you might not be able to spot it around town too often. “I am only going to take it out on rare occasions and take it to motor shows,” said Dave.

He plans to take it to Australia’s biggest horsepower party and automotive lifestyle festival, the Summernats in Canberra, later this year. Otherwise the Monaro will keep Dave’s other prize possession, a 1969 Ford Mustang, company in his caravan shed most of the time.